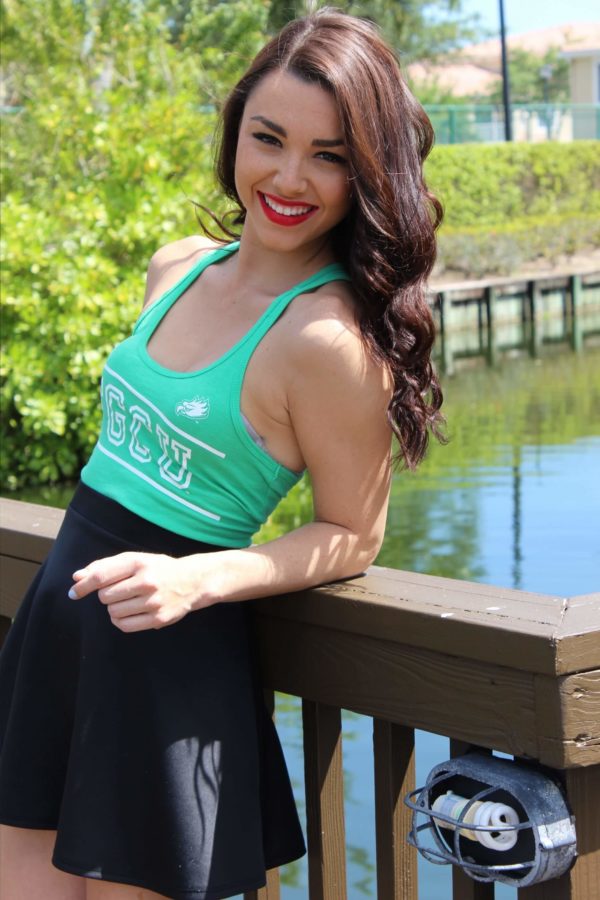 Moving into college may be the first step into molding yourself into the future person you want to become. Many of us are working toward making our dreams come true day after day.
FGCU alumna Kailah Casillas, who graduated Spring 2014 with a journalism degree, did just that. Casillas, has recently checked off a big dream of hers by participating in MTV’s “Real World” reality show.
“I’ve been a fan of “Real World” since I was a kid,” Casillas said. “I grew up watching the seasons year after year, and I remember always thinking, ‘Wow, I wish that were me.’ The rules require that applicants are 21 years old, and I missed the date for season 30. Right when I was able to apply for season 31, I jumped on the opportunity, and it was all history from there, thank God. Not only was it the best time of my life thus far, but also the person I was when I went in the house was a totally different one than the person I was when I left.”
She says that being together with seven strangers and having to live with them, tolerate and relate to them really changed her.
“The roommates ended up giving me different perspectives on life and really made me question my beliefs and who I am as a person,” Casillas said. “It was the biggest self-reflection that I’ve ever done, which you would never expect by just watching the show because, I’m sure, it’ll look like a bunch of fights and partying, but in reality, it’s much more than that.”
Casillas can now say she is an MTV “Real World: Go Big or Go Home” participant who has grown personally and retained life-long relationships and lessons that she can apply to herself when moving forward in her life.
“Expect to see a lot of drama, craziness and hooking-up, obviously,” Casillas said. “We definitely didn’t hold anything back, so things got really out of hand on almost a daily basis.”
Casillas says her career choice and prior experiences helped her through the challenges of the show.
“Being a journalism major takes confidence,” Casillas said. “You’re expressing yourself to mass amounts of people and hoping that they relate, whether it’s written or broadcasted. Because of this, I was able to speak confidently during casting interviews, tell stories that keep the attention of an audience and think quickly during interview-type situations.”
Casillas feels it is highly beneficial to have a living experience at a university.
“I graduated high school and left my parents’ house when I was 17 years old to move into FGCU’s Northlake Village,” Casillas said. “I was scared yet excited for the journey that was ahead of me. I knew that the only way I’d make friends and get the most out of the experience was to be confident and bold.”
She said moving into the “Real World” house was similar to her college living experience.
“Yet, I was much less fearful because I knew that I had done it once before, just five years earlier, on freshman move-in day,” Casillas said.
Recently, they’ve added twists to the seasons Casillas said.
“My season had a unique twist that has never been done before,” Casillas said. “On the first day, we found out that the title of ‘Real World’ 31 was going to be ‘Go Big or Go Home.’ They gave us weekly missions that we had to complete, and if we didn’t, we’d get sent home and replaced.”
What was their first mission? Jump out of air balloons. The premiere of the show is Thursday, March 17.