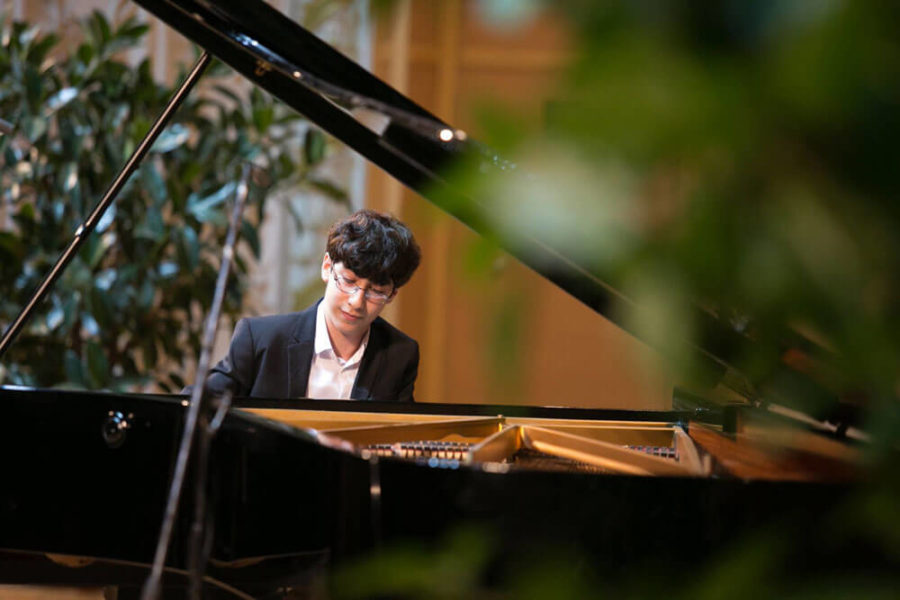 Thirteen-year-old piano prodigy Maxim Lando will perform at FGCU’s U. Tobe Recital Hall at the Bower School of Music on Feb. 18.

As the son of a pianist and a clarinetist who own a music school in New York, Lando has been around music his whole life.

Lando started playing music at the age of three, originally wanting to be a violinist and pianist, but the violin didn’t work out as well as the piano.

“I sounded like a dying cat on the violin,” Lando said. “But, there was something unique and special about the piano.”

By the age of six, Lando had played in the Jupiter Symphony Chamber Players series in New York City. And, over the course of the past several years, he has played in Carnegie Hall’s Weill Recital Hall more than 17 times. He has even shared the stage with Sting.

When he is not on stage, he attends the pre-college division at Juilliard, is an Artemisia Akademie Fellow at Yale and is an alumnus of the Lang Lang International Foundation Young Scholars program — all prestigious titles to have accomplished at his age.

During his first year at Juilliard, Lando won the Pre-College Concerto Competition.

Not only has he performed at a high level nationally in the past two years, he has played in more than ten countries, including Spain, Italy, France and Russia.

Out of so many places, it’s hard to pick one he enjoyed the most, he said.

Lando says he is most excited to visit China for the first time in May, as he wants to continue sharing his love of music with the world.

“Classical music is a universal language that everyone can speak — the more we share it, the better,” Lando said.

Michael Baron, the head of keyboard studies at FGCU, has known Lando and his parents for many years.

As for the show at FGCU, Baron is confident it will be a success.

“The show will sell out,” Baron said. “People should buy their tickets in advance.”

The day after his performance at FGCU, Lando will be heading to Paris for his solo debut.

Tickets can be purchased on the Bower School of Music page at the FGCU website. Tickets are $10 for the general public and $7 for students. The concert will be held at 7:30 p.m.