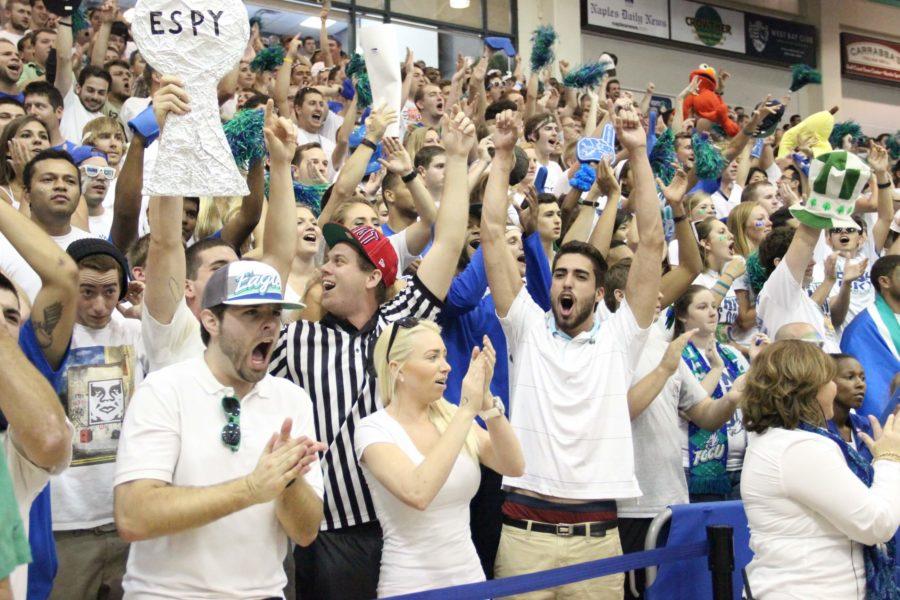 The Atlantic Sun Conference Men’s Basketball Championship game is in route to be a sold-out game at Alico Arena between No. 4 FGCU and No. 7 Stetson on Sunday night.
The 120,000 square-foot 4,500-seat arena sold out of general admission tickets this morning. The program set aside 1,500 student tickets prior to the ticket office opening at 9 a.m. on Friday.
As of 4:25 p.m. Friday, only 800 tickets, which will be held for students at no charge until 5 p.m. Saturday, were left in the arena. Whatever tickets go unclaimed by students will go on sale to the general public according to them men’s basketball team’s Twitter account.

800 student tickets (the only unsold seats in the arena) remaining for Sunday. If they aren't all claimed by 5 PM Sat, they will go on sale.

The currently record attendance at Alico was recorded on March 9, 2014 with 4,702 between FGCU and rival Mercer in the 2014 A-Sun Final. This season averaged 3,616 at home whil its highest attendance reached 4,633 during the 68-63 win over Kennesaw State on Feb. 20.
Sunday’s championship game, which will be a white-out, will be the conference’s fourth-consecutive sold-out men’s basketball championship game.
The FGCU ticket office will open at 9 a.m. Saturday morning and students can claim the remaining free tickets with their student ID until 5 p.m. or until they’re gone.