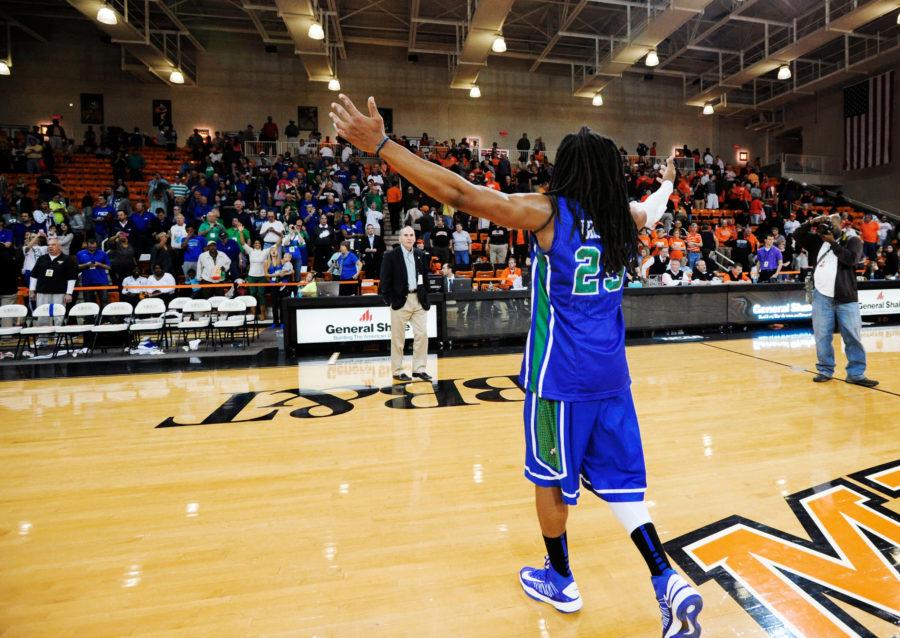 Do you remember where you were when you heard the Eagles made it to the Sweet Sixteen?
This past weekend, FGCU hosted a Selection Party for the NCAA Division I Basketball tournament. Players and fans were excited, and anticipation echoed through Alico Arena. Dunk City was told it would be heading to Dayton, Ohio Monday night to play Farleigh Dickinson.
As the head coach, Joe Dooley has done an amazing job. The players have matured into a team that has won the conference tournament for the first time in three years, earning a well-deserved berth in the national tournament. Walking into a Publix in Estero this morning, I bought a bracket t-shirt with an open bracket on the back along with the words, “Make it Sweet!”
Sweet Sixteen. These words bring back memories of an exciting conference debut that landed FGCU on the national stage with Andy Enfield earning headlines for his coaching style. With two conference game wins, FGCU and its players became household names.
Three years after the 2013 debut, Dunk City has a brand that flies higher and further than an eagle. It began with a dunk in March 2013 and continued long after the last buzzer in Dallas. And, we’re all part of it — students, alumni, parents, faculty, staff and fans.
When the Eagles landed a spot in the Sweet Sixteen, I was watching the game in Williamsburg, Virginia while attending a conference. As I flew back to Fort Myers, I saw evidence of FGCU everywhere I looked. From the support of fans on the sidelines to President Bradshaw accompanying the team to victory, it was beyond exciting.
Tonight, the Eagles will return to the NCAA conference for the first time in three years. While there’s no guarantee that the team will land a spot in the tournament, Eagle fans around the country will cheer every dunk. The Cinderella tale has been reincarnated. The spirit of FGCU flies as high as an eagle.
No matter what happens in Dayton, FGCU’s Sweet Sixteen run has landed it a place in the national consciousness. Just like the iconic Princeton-Georgetown game, FGCU’s match with Georgetown in 2013 will go down in history as a classic match that ended up with an unexpected outcome. As the classic underdogs, FGCU carries the Dunk City brand to basketball lovers around the world. Go Eagles!
From,
Sue Henshon
Sue Henshon teaches composition and creative writing at FGCU