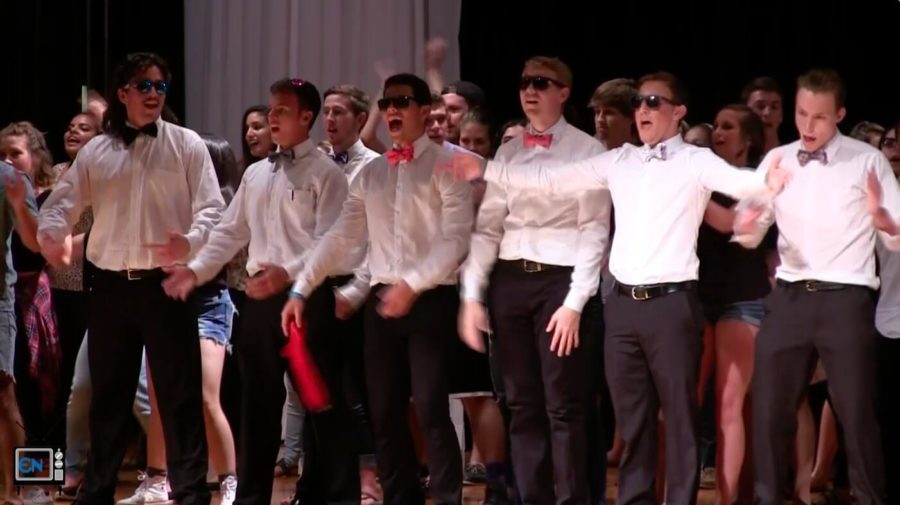 The Pi Mu chapter of Chi Omega at FGCU hosted its first ever lip sync battle on Friday, March 18 at Estero High School.
The event included raffles for the audience and fraternity members to buy into as well as performances from FGCU fraternities and sororities, who all signed up for a chance to win a $100 donation to their respective organization’s philanthropy. Kappa Delta came out as the event’s first place winner with Sigma Phi Epsilon coming in close second.
Kappa Delta member Dana Goronsky took pictures after the event with her team and was caught playing with a fake guitar that she used during her performance.
“We won a hundred dollars, which is going straight to our philanthropy, which is (Prevent Child Abuse America),” Goronsky said. “(It’s) really near and dear to our hearts.”
PCAA has been in association with Kappa Delta since 1972, earning around $2 million a year through the partnership.
The lip sync battle was created to fundraise for Chi Omega’s philanthropy, the Make-A-Wish Foundation. The alliance between these two organizations has been around for 14 years, having raised more than $12.9 million nationwide.
Jordan Erickson, the event planner, said her idea originated from Jimmy Fallon’s lip sync battles during “The Tonight Show.”
“I thought it would be something really big that would raise a lot of money for Make-A-Wish Foundation,” Erickson said. “It sounded fun to me, so I thought it would be something other people would want do as well.”
Erickson hopes to continue with the lip sync battles and make them an annual thing, to bring in more crowds and more money toward philanthropy.