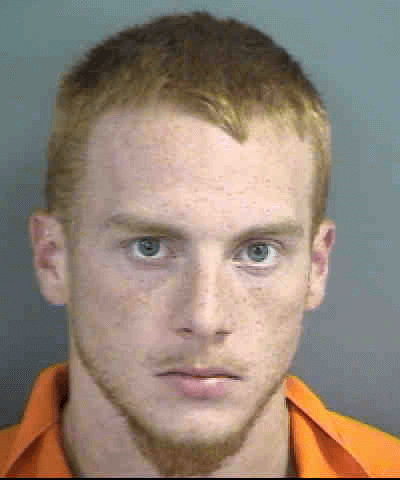 A man believed to be a Florida Gulf Coast University student is in the Collier County Jail, charged with two counts of murder along with his brother.

Nickolas Mark Mislow, 19, and his brother, Jacob Luke Mislow, 21, were arrested Saturday, Nov. 23 after an alleged drug deal gone awry left two men dead, according to a Collier County Sheriff’s Office arrest report.
Collier deputies responded to a report of shots being fired in Naples and found the bodies of 23-year-old Eric Donrell Riley and 21-year-old Keegan J. Leon. According to the police report, both died from gunshot wounds.
Witnesses reported seeing two men jumping into a white Chevrolet pickup truck immediately after the shooting, and that one of the men was carrying a gun and a bag.
According to the police report:
At approximately 10 p.m. Saturday, Collier deputies stopped a white pickup truck matching the description of the vehicle seen by witnesses. The two male occupants also matched the description witnesses gave. Jacob was in the driver’s seat, injured by a gunshot wound to the leg; Nickolas was in the passenger’s seat.
Police reporting finding a loaded semi-automatic handgun under the driver’s seat and a box of bullets in the arm rest.  Police also found a loaded magazine in the passenger side door.
Jacob was transported to the hospital for treatment before he was taken to jail. Bail is set at $2 million for each brother, according to Collier County sheriff’s website.
University officials confirmed that a Nickolas M. Mislow from Miami is enrolled at FGCU. The Nickolas M. Mislow who was arrested is listed as a Miami resident, and University records show the student by that name attended South Dade Senior High School and has a Miami phone number. The arrest report also says Gregory Mislow, the boys’ father, lives in Miami.
Nickolas M. Mislow’s student records say he started attending classes in fall of 2012. The records say he is an active student.
A Facebook profile for a “Nick Mislow” shows a photo of a man who appears to be the same Nickolas Mislow in the arrest mug shot. The Facebook profile says Nick Mislow studies at FGCU.
Eagle News attempted to contact the student, but calls to his listed phone number and emails to his campus address were not returned. If you have any information or recognize Nickolas Mislow’s photo, please email Eagle News at [email protected]
UPDATE 6:06 p.m.:
University officials have confirmed Nickolas M. Mislow is an FGCU student.