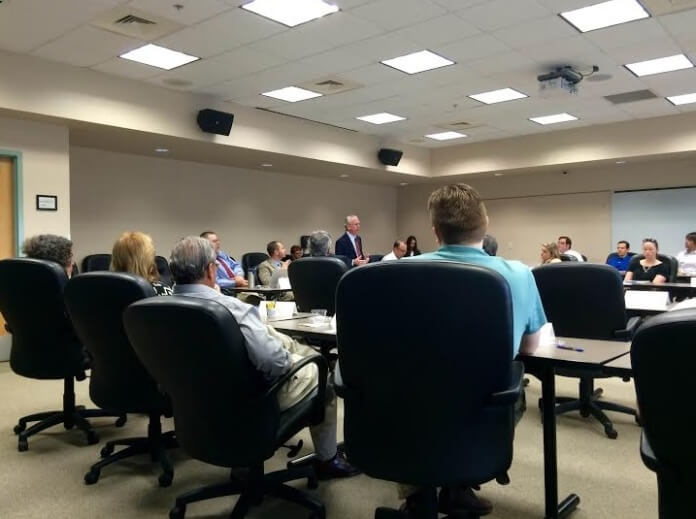 FGCU has four trustees whose terms officially ended January 2016. If these trustees do not reapply to keep their seats, they will be replaced. These trustees are Rob Wells, Joseph Catti, Russell Priddy and Dick Klaas. Additionally, there is one vacancy due to former trustee Tom Grady, who was named to the state board of education.

“The way it works is that a trustee remains in his or her seat until either reappointed or someone else is appointed to that seat,” FGCU spokeswoman Susan Evans wrote in an email. “The appointment of Joseph Fogg III is for the seat of Rob Wells, who did not apply for reappointment. At this time, there has been no action on the Catti, Priddy or Klaas seats so they remain trustees for now.”

If Fogg III is appointed, there will be no special ceremony. He would be welcomed by the board chair at his first meeting. Also, at that time, outgoing trustee Wells would be recognized with a board resolution of appreciation.

Fogg III served as the chief executive officer of Westbury Partners from 1990 to 2015. He currently serves as vice chair of the City of Naples Citizen Police Review Board and the director of the Yale Club of Southwest Florida. Fogg received a bachelor’s degree from Yale University and a master’s degree in business administration from Harvard Business School.

“Mr. Fogg and Mr. Johnson were selected from a variety of impressive candidates and are poised to be effective university leaders who bring great value to their respective boards,” said Board of Governors’ Chair Tom Kuntz. “I look forward to working with both of them to advance the State University System and provide the best possible education for our students.”