Boba is making a comeback in the U.S. and beyond 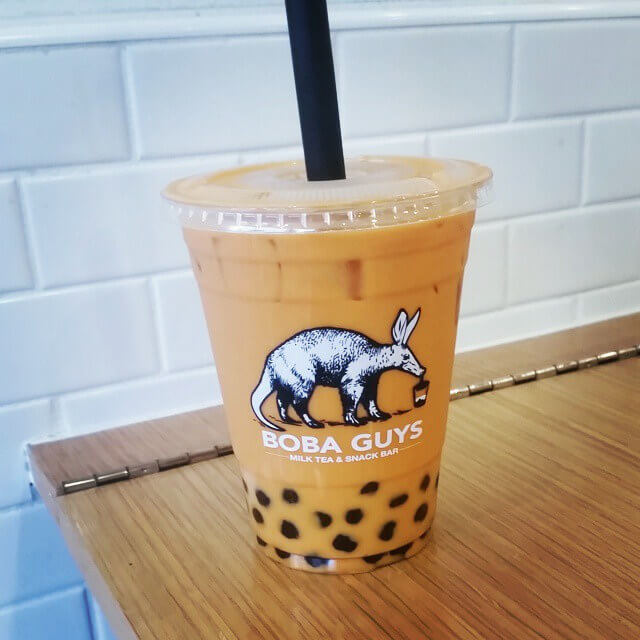 Boba tea first made its big break in the 1980s, popping up at small teacarts in Taichung, Taiwan. Now in 2016, boba is a concoction for the masses, from California to New York to Fort Myers and cross-continentally in Australia.

Boba tea — also known as bubble or pearl milk tea — is a Taiwanese tea drink made with a tea base and mixed or shaken with fruit or milk. Jelly-like tapioca balls are added and come in a variety of flavors.

The Los Angeles-based speakeasy Boba 7 has taken traditional boba and added a dose of hard liquor to the recipe. Adventurous tea drinkers can choose from a menu of alcoholic boba cocktails, like the #Applejito, #Bobatella or #BuildaBoba, in which customers can build their own boba drink the way they like.

“I’ve been stopping by sporadically over the past couple years,” said Leighton W. of Pasadena, California in a Yelp review. “(It was) long overdue and definitely well-deserved. There’s a good selection of drinks, alcoholic and non-alcoholic.”

Elton Keung, the owner of Soi 7 and Boba 7, told NPR that there is a method to the madness of creating alcoholic boba drinks.

“(Others) would take exciting boba drinks, pour some shots in there and think that’s what makes it a cocktail,” Keung said. “That just makes it worse.”

In New York, cafes specializing in loose-leaf and milk teas have created their own renditions of the sweet drink.

Founded by Bin Chen and Andrew Chau, Boba Guys began as a pipe dream while the duo worked at Tumbuk2, a messenger bag and accessories company in San Francisco.

Boba Guys originated in San Francisco and worked its way across the U.S. to New York at their popup store on Clinton St. Their milk tea is made with loose-leaf teas and organic milk, topped with tapioca balls or almond or grass jelly.

“I love horchata, and this one hit the spot,” said Martin N. of San Jose, California in a Yelp review of Boba Guys. “The boba was soft and not overly chewy, which was awesome.”