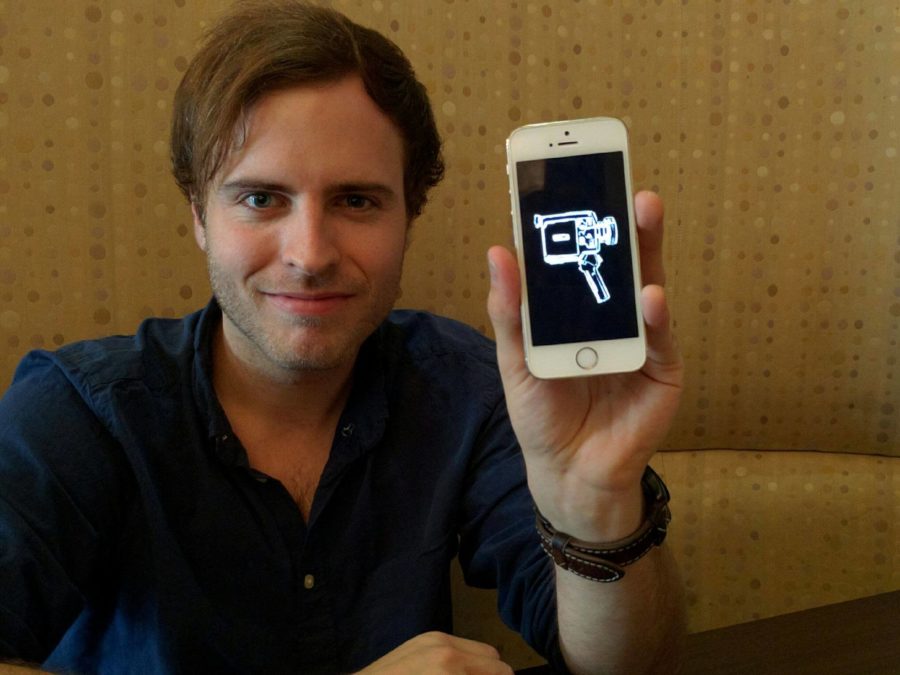 When Tyler Shore goes to an event or a concert in Florida, often in Fort Myers or Cape Coral, it’s more than just a fun night out for him. Carrying along a tripod, he sets up his cameras, one on the tripod and maybe a GoPro somewhere else, has a drone handy and gets to work.

Shore is becoming a go-to person for FGCU alumni and the community when they are looking to have video productions made for their events or businesses.

Shore graduated from FGCU in 2014 with a bachelor’s in journalism, and his journey has been an uphill one.

Shore said he wasn’t one of those kids who knew at age 5 what they wanted to be when they grew up. However, it changed in high school when he took a TV production class. It led to an internship, then his first job, then FGCU. And, from then on, he became more certain what career he wanted to pursue.

“I’ve got some kind of inner drive now,” Shore said. “I want to be able to make a living and then some off of my skills.”

First majoring in communication then switching to journalism as soon as FGCU offered it, Shore was starting to get his foot in the door in the video production and media business.

His internship at Dreamtime Entertainment that he got through one of his journalism classes, wound up being one of the major stepping stones he is very thankful for.

“I owe everything to Professor Cribbs,” Shore said.

Judd Cribbs, the assistant journalism professor at FGCU, introduced him to Dreamtime Entertainment, a video production company in Cape Coral.

It’s been going on more than two years that he’s worked with the company. In the meantime, he established his own video production business and started branding his name in the community.

Coming out of college, Shore knew a lot about working the camera, but he had yet to learn how to make a living from it. Working with a well-established video production company helped him a lot with how to conduct business on his own.

“I knew how to shoot, get the shot and edit really well,” Shore said. “But, I had no idea how to do business with people and get clients. I learned it all from them.”

Although he is critical of his own work, Shore said he’s happy with the productions he makes.

“Yet, I don’t find them flawless,” Shore said. “It’s hard to map my own improvement.”

While it might be hard for him to pinpoint his progress, others he worked with have clearly seen him advance.

“Tyler has traveled with me a lot for production,” said John Biffar, the president at Dreamtime Entertainment. “And, he’s grown exponentially over time.”

Biffar said what’s great about Shore is that he doesn’t only love what he does but is also willing to listen and learn as he goes.

“He’s doing awesome,” Biffar said, “and has a very bright future ahead of him.”

Shore said he wasn’t always the social guy he is now, but as he kept being thrown into social settings and deep waters, he kept on swimming.

With all the experience behind him in different production settings, he sees himself growing more and pursuing his career in video production related to food, music and events.

With his foot in the door as an ambitious millennial and FGCU alumni, Shore’s advice to soon-to-be graduates is “fake it till you make it.”

“Act like you have way more confidence than you actually know you have, and believe in yourself,” Shore said, noting to keep pushing whatever service you want to provide for people.

Shore said to pay attention to people and network a lot.

“I always try to look for a win-win,” Shore said. “Don’t always look for something that just helps you, but see the other way around too. But, at the same time, don’t sell yourself short.”