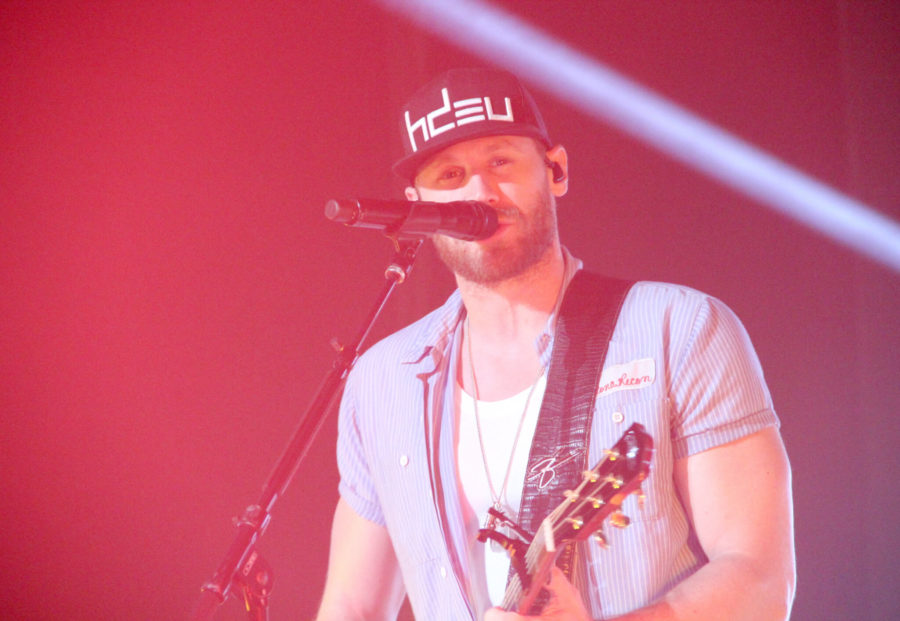 [Best_Wordpress_Gallery id=”28″ gal_title=”Nest Fest 2016″]
If you weren’t one of the girls in the front of the pit, then you most likely didn’t get an exclusive selfie with Chris Lane or high-five Chase Rice.
Lane performed the opening act for Rice at Nest Fest hosted by the FGCU Programming Board at Germain Arena Thursday night.
Lane got the crowd going with not only his own songs but mixed in a little bit of “Wrecking Ball” from Miley Cyrus and “Bye Bye Bye” from NSYNC.
Lane said he likes to choose the ones that the crowd knows and can sing along.
As girls were screaming and melting in the front row, snapping one photo after the other, Lane didn’t hesitate to borrow a few for a quick selfie with the audience. Needless to say, the girls loved it, and the photos were taking over social media in a heartbeat.
Lane closed his act with his debut single, “Fix,” for which he released a music video in January.

With delayed anticipation, Rice took over the stage to a slightly more filled arena. Tickets were being sold throughout the night as the show was live on stage.
Rice opened with his song from 2014, “How She Rolls,” performed many of his hits and even sneaked in an Eric Church song, “Smoke A Little Smoke,” remembering his college years in North Carolina and those pre-gaming college town nights.
Students attending Nest Fest had a good time hearing both acts, and while most knew Rice better, Lane was a pleasant surprise to many.
A girl in front of the stage, as she was trying the snap the perfect shot of Lane, said, “I didn’t know him before, but I love him now.”
Ansley Parish, director of concerts at Programming Board, said they hoped to fill up the pit at least halfway.
It was close, but the arena wasn’t sold out.
“We sold more than half of the tickets we had and ended up doubling what we originally anticipated,” Parish said.
FGCU seniors Victoria Tamayo, a legal studies major, and Marisa Charlott, a marketing major, got their tickets last-minute that night, and although their seat tickets didn’t allow them into the pit, they had fun and said it was a nice way to end their final semester at FGCU.