Softball set to face No. 22 FAU 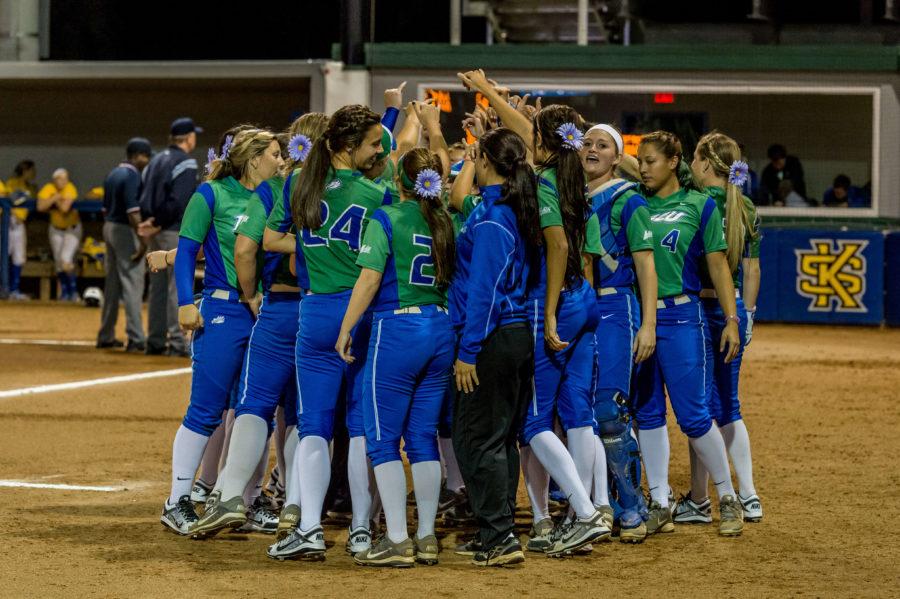 The FGCU softball team heads to Boca Raton for a match set against FAU. FAU is ranked No. 22 in the state. The games are set for 5 and 7 p.m. Wednesday, April 20.
The last time these teams played against one another was their 2015 season. FGCU and FAU both won one match in the two game series.
Last weekend, FGCU beat Kennesaw State in a three-game series 2-1.
FGCU will then host FIU this weekend from April 23 to 24 for a three-game series.