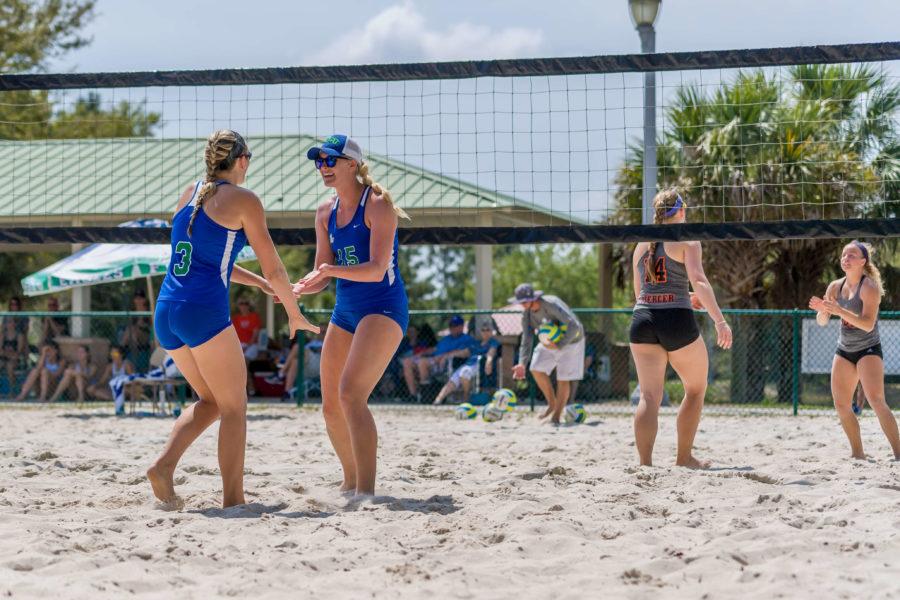 The FGCU beach volleyball team heads to Emerson, Georgia to compete in the Atlantic Sun Beach Volleyball Championship. The three-game series will include different university teams.
The first game is scheduled for Friday, April 22 against Coastal Carolina. The other two games are to be announced and will take place Saturday and Sunday.
The championship will be hosting seven university teams. The teams will include Stetson, North Florida, FGCU, Mercer, Jacksonville and Coastal Carolina.
The first team the Eagles play is Coastal Carolina; the other two teams are yet to be announced.
The three-game series will be held from April 22 to 24. These will be the last matches for the beach volleyball season.
This will be the first time in FGCU history that the Eagles play against Coastal Carolina.