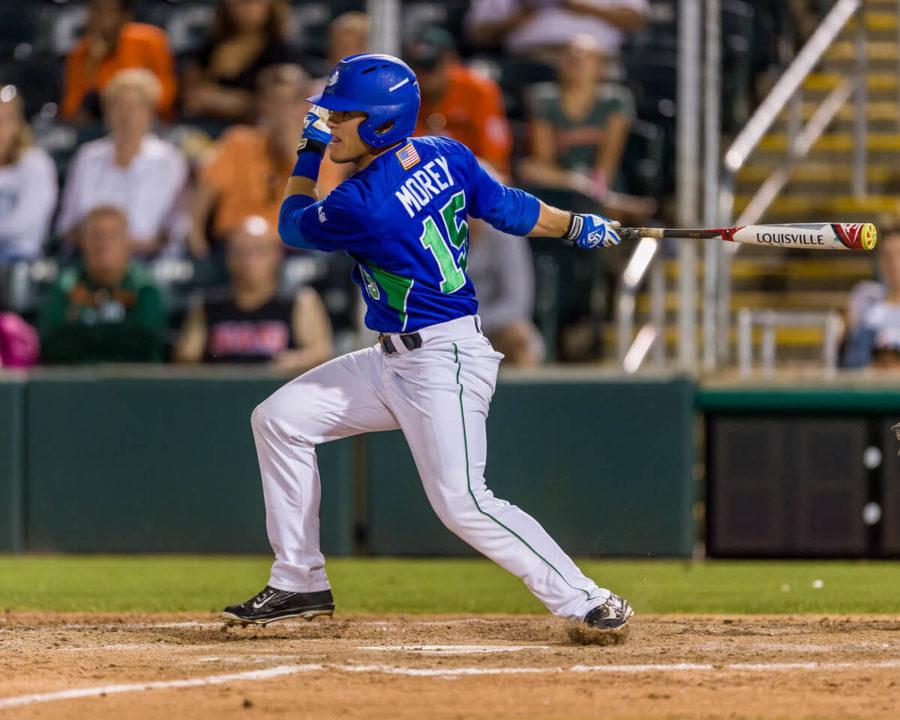 This weekend started the FGCU baseball team’s first game in a three-game series against USC Upstate. The Eagles hung their heads low looking at the 7-3 final score Friday night.
The Eagles (20-24, 6-7 Atlantic Sun Conference) held their own against the Spartans (19-24, 2-10 A-Sun); the teams were tied until the seventh inning.
FGCU’s three RBIs came from red shirt junior Stefano Belmonte, red shirt sophomore Gage Morey and freshman Matt Roberts. The game was tied 3-3, and senior Brady Anderson started the frame with his only walk of the night.
“We didn’t get timely hits, and we didn’t pick up Brady behind him in the field,” FGCU head coach Dave Tollett told FGCU Athletics. “Hopefully, those two areas improve heading into the weekend, as we still have a chance to win the series.”
The Eagles took the lead early in the game, fighting a good battle throughout the rest of the game until the seventh inning. The Spartans exploded in the seventh with four runs that gave them the 7-3 victory over the Eagles.
The Eagles will go head to head against the Spartans for game two of the series at 2 p.m. Saturday, May 7. FGCU will work to even out the playing field and tie the series 1-1. The game will be broadcast on ESPN3 and the WatchESPN app.