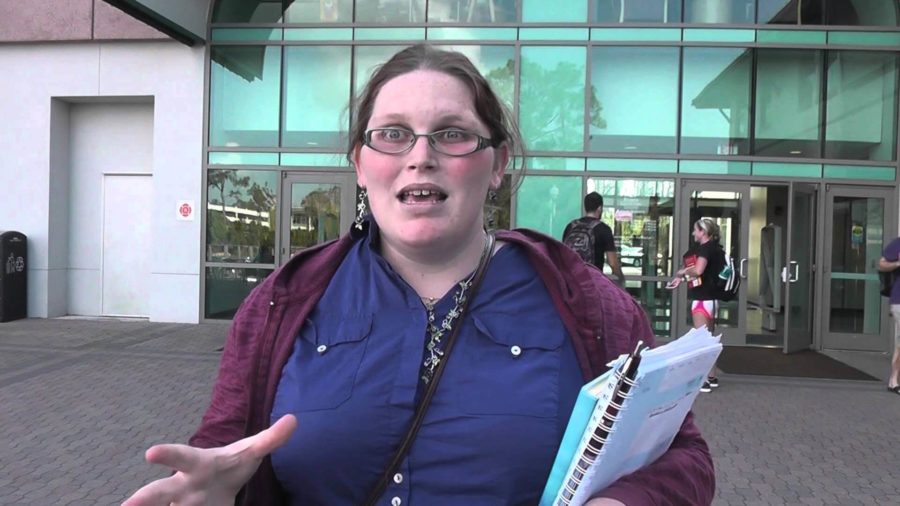 “Wait, wait, wait. FGCU Blvd. North; Walk sign is on the crosswalk.”
That is what students using the crosswalk by the Cohen Center now hear every time they cross the street.
An audible device was recently installed to help impaired students cross the road safely.
“Once the traffic light was installed over near the student union in the summer of 2011, a few people noticed that there was an issue of concern involving visually impaired students and their ability to safely cross the intersection,” said Steven Moore, chief of university police.
The device cost $5,000, including installation. Though its purpose is to assist visually impaired students and increase safety, some students, such as Taylor Burnsed, say the urgency in the speaker’s voice is unnecessary.
“You don’t (necessarily) need it screaming at you. You can probably have a quietervoice,”  said Burnsed, a freshman majoring in communication.
Lyndsy Robinson, a firstyear grad student majoring in English, said the device’s “wait” command almost caused her to get into a car accident.
“The other day when it first was installed, I was driving down, and I had my window down with my music playing. It’s a green light and I’m fixing to turn, and all of a sudden someone (was) screaming ‘wait’ at me and I slammed on my brakes and it scared the living daylights out of me,” Robinson said. “I thought I was going to hit someone.”
Moore sees the device’s command as an aid more than an annoyance.
“Now you can hear the beeps and then the countdown as the time runs out that it says to wait so it gives audible instructions so that it will help the visually impaired return to go back and forth from main campus to north housing area,” Moore said.
Moore also said other local entities were affected by the same concerns.
“We began researching and found a couple other cities in the area, both Marco Island and Cape Coral,” Moore said. “We knew that there was a product out there that could assist (us).”
Gina Franzoso, freshman majoring in health sciences, said the crosswalk further benefits the impaired.
“I think the crosswalk is really a good idea because we already have adaptive services for students with various disabilities, so why not create this for students with other disabilities,” Franzoso said.
Jalyn Peng also contributed to this report.