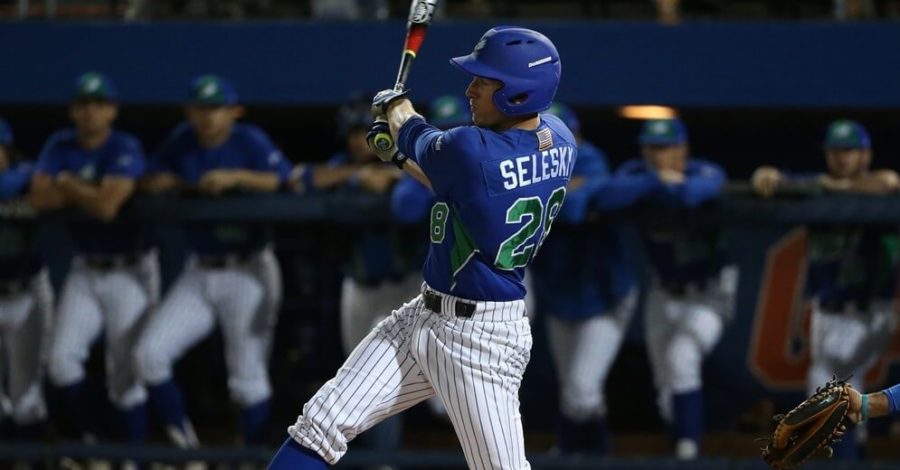 Monday evening, two days after the 2016 MLB First-Year Player Draft, redshirt senior pitcher Brady Anderson signed a free agent contract with the Minnesota Twins.
With this contract, Anderson became the second member of the 2016 Eagles to advance to the next level after the Washington Nationals selected Jake Noll in the seventh round of the MLB Draft.
Anderson will stay in Fort Myers and report to the Gulf Coast Twins Wednesday. His rookie-ball season begins Friday, June 24 and will run through Thursday, September 1.
Ending an impressive career as an Eagle, Anderson’s name appeared near the top of many FGCU pitching records, as he leaves as the program record holder in innings pitched (292.2) and also ranks in the top-10 in appearances (76), games started (35), wins (16), saves (11) and strikeouts (190).
After graduating in May 2015 with a bachelor’s degree in accounting, Anderson recently posted a 3.33 GPA in his first year working toward his MBA and was one of two Eagles — along with fellow senior Tyler Selesky — to be named to the Atlantic Sun All-Academic Team.
Along with being named to the A-Sun All-Academic Team, Selesky also proved he had what it takes to make it to the big league and became the third member of the 2016 Eagles to advance. Tyler Selesky will sign as an undrafted free agent with the San Diego Padres.