Sherwood Brown is having a dream senior year 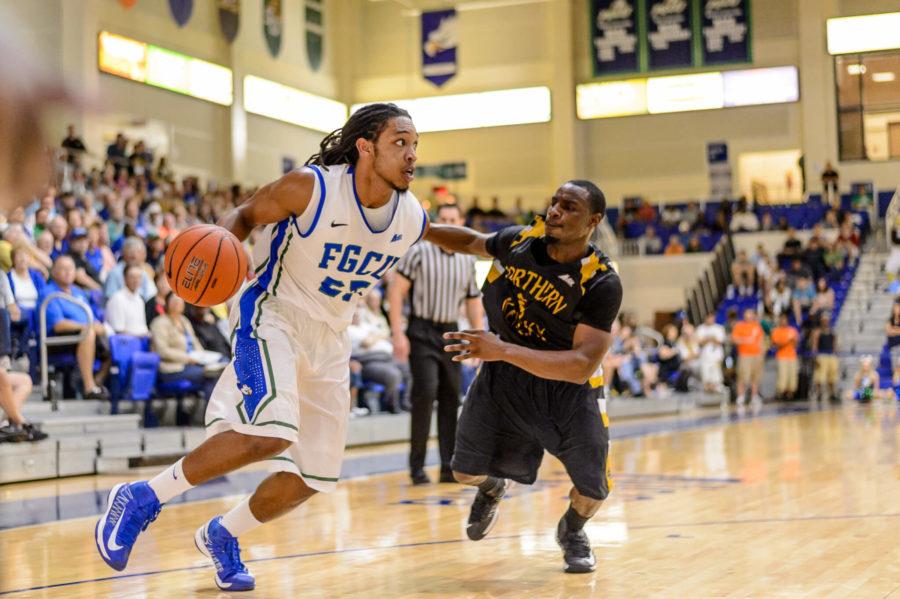 With 1,000 points and 500 rebounds during his career as an Eagle, seniorSherwood Brown is the first FGCU basketball player to reach this milestone.
“I didn’t know I was that close,” Brown said. “I didn’t know if I was so excited that I got 1,000 points or that we were winning the TV game against Stetson by that much.”
Brown reached 500 rebounds last week against East Tennessee State.
“This is a great accomplishment for Sherwood,” FGCU head coach Andy Enfield said. “He has improved so much throughout his career. It is great as a coach to see an individual player put in the effort and desire to make himself an all conference player.”
With a conference record of 10-3 and an overall record of 18-8, the Eagles are leading the A-Sun. This winning record has been possible because of the men’s ability to work together as a team.
“I consider myself a big contribution to the team, but so should everyone else,” Brown said. “Everyone puts in the time and effort. We’re like a chair. You can’t sit in it unless all the pieces are together.”
Brown has learned throughout his career at FGCU that there are more ways to help his team than scoring and rebounding. This has allowed him to become an all around better player, teammate and leader.
“He’s developed into a leader by example. He’s not very vocal but plays so hard that his teammates know they need to follow the effort he gives,” Enfield said on Brown’s
increased focus on the team’s success.
Brown has played a large part in building tradition at FGCU by reaching this 1,000-points and 500-rebounds milestone. He was only the third player in the school’s history to reach the 1,000-points milestone, and the first to reach both. He has also been named the College Sports Madness A-Sun Player of the Week four times this season.
“Reaching this milestone helps to give us a sense of tradition,” Enfield said. “This is a program that is still being built and it is important to be successful as a team. However, to have individuals build tradition that future Eagles can see coming in and try to follow in those footsteps is important as well. Five, 10, 15 years down the road, there will be tradition among players. It takes a while to build.”