Former FGCU baseball players find success at the next level 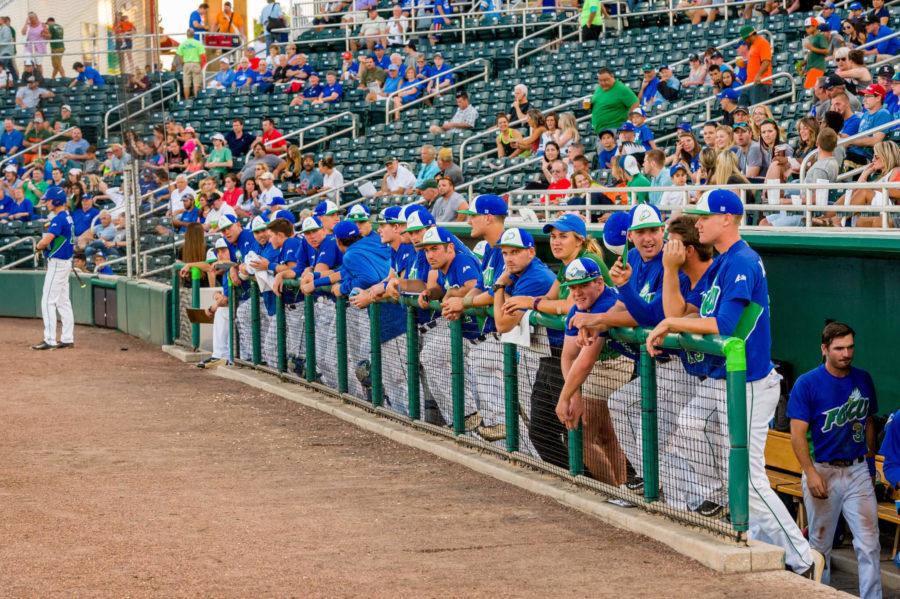 In the program’s short 14 years of existence, the FGCU baseball program has been able to produce high quality athletes who have reached and succeeded at baseball’s biggest stage. FGCU has had 26 players drafted into the MLB with the most recent draftee All- American Jake Noll being selected 214th overall by the Washington Nationals in the seventh round of the 2016 MLB Draft. Tyler Selesky and Brady Anderson join Noll on the list of Eagles in the MLB shortly after the second baseman was drafted, signing as undrafted free agents with the San Diego Padres and the Minnesota Twins.
Of course, when FGCU baseball comes to mind, many will instantly regurgitate the name of arguably one of the best pitchers in baseball, Chris Sale, since he is the first Eagle to be an MLB All- Star and really reach stardom in the big leagues. However, many former FGCU players fight day in and night out to reach a major league diamond, as they play for minor league teams associated with MLB organizations.
During the 2016 season, Sale hasn’t been the only former FGCU pitcher to be utilized on a big league mound, as Richard Bleier and Jacob Barnes have begun to make appearances out of the bullpen for the New York Yankees and the Milwaukee Brewers.
Making his MLB debut for the Yankees on May 30, Bleier has pitched a total of five innings in five appearances, allowing only seven hits, three runs and three earned runs with 5.40 era. Having spent much of the year with the Yankees Triple-A affiliate Scranton/Wilkes-Barre RailRiders, Bleier went 2-2 with a 2.57 ERA and 15 strikeouts. In his minor league career, the former Eagle went 55-56 with a 3.98 ERA, pitching five complete games with 497 strikeouts.
Making his MLB debut for the Milwaukee Brewers on June 3, Barnes has gotten out to a quick start on the mound. In seven games, the Saint Petersburg native has eight strikeouts with a 2.84 ERA in 6.1 innings pitched, allowing only seven hits and two runs. Like Bleier, Barnes has spent the bulk of 2016 in Triple-A with the Colorado Springs Sky Sox where he went 2-1 with a 1.21 ERA with 23 strikeouts in 22.1 innings pitched in 17 appearances. Through his minor league career, Barnes was 23-26 with a 3.38 ERA, pitching 439 innings where he struck out 382 batters.
In his seventh year in the MLB, Sale has been off to the hottest start of his career. The southpaw begun the season at a perfect 9-0 before losing his first game of the season to the Cleveland Indians 6-2. Currently 11-2 on the year, the Lakeland native is an early favorite for the American League CY Young Award heading into the All-Star break. After breaking the White Sox franchise record for strikeouts in a single season with 274 strikeouts, Sale has a 2.94 ERA with 93 strikeouts in 14 appearances this season. In the middle of his seventh year in the MLB, Sale is 68-42 with a 2.92 ERA, pitching in 981.1 innings and striking out 1,104 batters.
With 17 other former Eagles still fighting for spots on major league rosters playing for minor league teams, the future is bright for former FGCU players to find success at the next level.
Delete Image
Align Left
Align Center
Align Right
Align Left
Align Center
Delete Heading