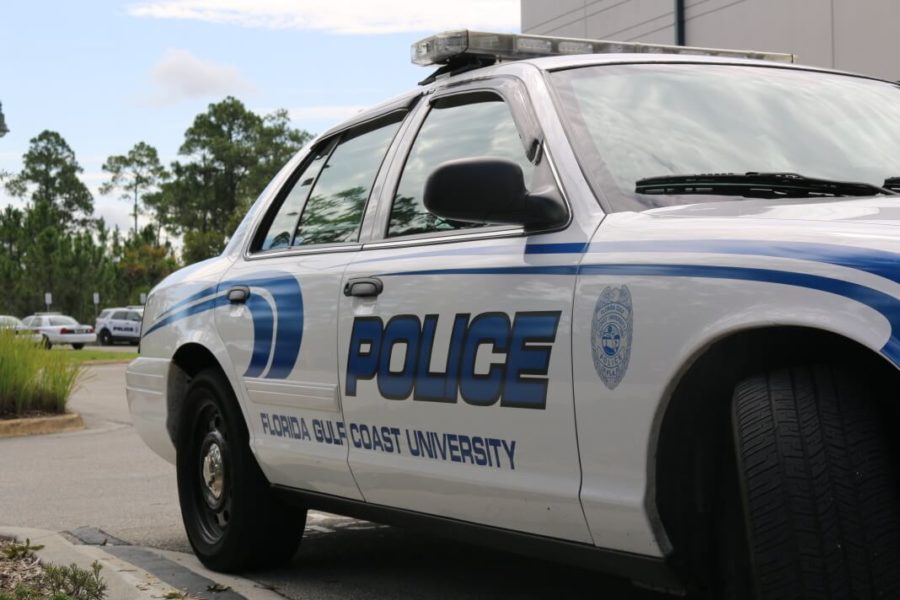 Welfare check
A concerned father called UPD at 3:54 a.m. July 9 to request a welfare check on his son. He said his son had gone to a campus party last night. A UPD officer contacted the student, and he called his dad.
Fire alarm
The fire alarm in the kitchen of the fourth floor in Biscayne Hall in South Village went off at 2:44 a.m. July 10. The San Carlos Fire Department was dispatched, and they extinguished the fire. A student had burnt a container in the microwave.
Suspicious group of people
A UPD officer found several people at the waterfront in North Lake Village while patrolling at 6:48 a.m. July 10. After checking their Florida cards, the suspicious group of people explained they were on campus for an overnight seminar and they had decided to watch the sunrise.
Gator spotted
A UPD officer saw a gator, approximately 6 to 7 feet long, outside of Griffin Hall at 11:05 p.m. July 14. The officer waited for the animal to go back to the water body nearby.
Ice cream incident
A complainant called UPD at 11:23 a.m. July 15 to report there was a suspicious person outside of the Aquatics Center. The complainant said a white male with white hair was standing by a cream-colored SUV, which had an Uber flag on it. The male was continuously coming up to the complainant’s 3-year-old daughter and offering her some ice cream he had gotten out of the trunk. A UPD officer searched the area but didn’t find anyone who fit the description. At 4:08 p.m., UPD was notified that July 15 was national Ice Cream Day, and Uber was delivering ice cream for free.
Three large animals
A UPD officer called UPD at 10:16 p.m. July 15 to report there were three large animals surrounding her car outside of the Innovation Hub. Another UPD officer came to the scene and confirmed the animals were deer.
Intoxicated female
A call came through the crisis alert system at 12:45 a.m. July 16 to report there was an intoxicated female at the front of Biscayne Hall in South Village. A police officer went to the area and reported there were two people there, and both were awake and responsive with the female. The female then was transported to Gulf Coast Hospital.
Excessive fire ant bites
An individual called UPD at 1:29 a.m. July 16 and said there was a female passed out in front of Biscayne Hall in South Village. A police officer went to the scene and found the female non-responsive but still breathing. She also had excessive fire ant bites, so she was transferred to Gulf Coast Hospital.