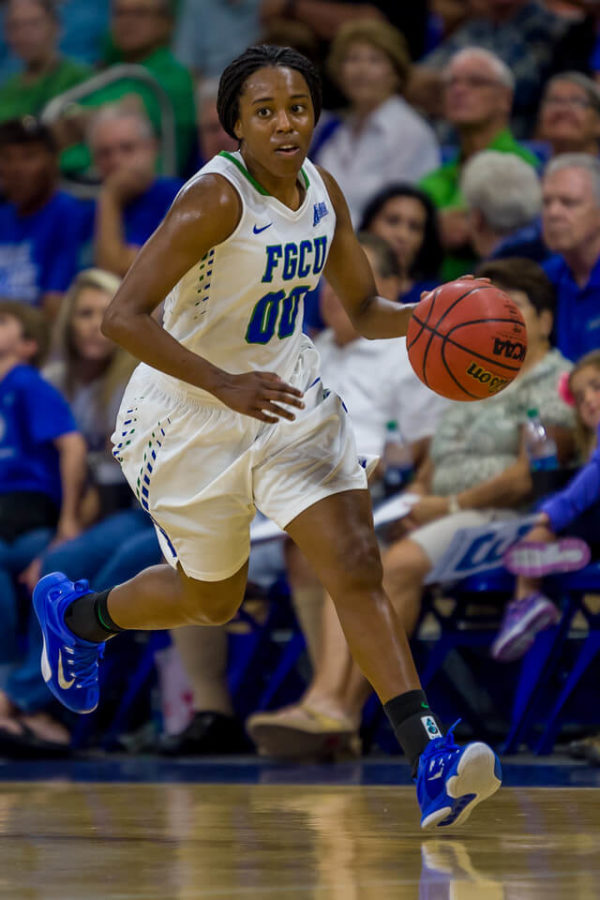 Former FGCU women’s basketball guard DyTiesha Dunson has been nominated as the Atlantic Sun Conference’s NCAA Woman of the Year award.
During her time on the court, Dunson served as captain from 2015-16 and finished her four-year career with a record-breaking 454 assists, ranking in the top 10 all-time in blocks, steals and rebounds. Dunson was part of four postseason teams that lead to four consecutive regular-season league titles and two tournament championships.
Dunson graduated with a double major in criminal justice and psychology with a 3.65 GPA. She was recognized as the ASUN Defensive Player of the Year, as well as being named to the ASUN All-Academic team during the past 2015-16 season.
As an advocate for several organizations, Dunson partnered with Project Help to spread awareness about sexual violence and assault and suicide prevention. Dunson created a video to fundraise for women and children at the Abuse Counseling Treatment Center, assisted with creating a website for Happehatchee to save the manatees and helped youth campers at the YMCA and FGCU’s basketball camps.