The right time to go to college: It’s different for everybody 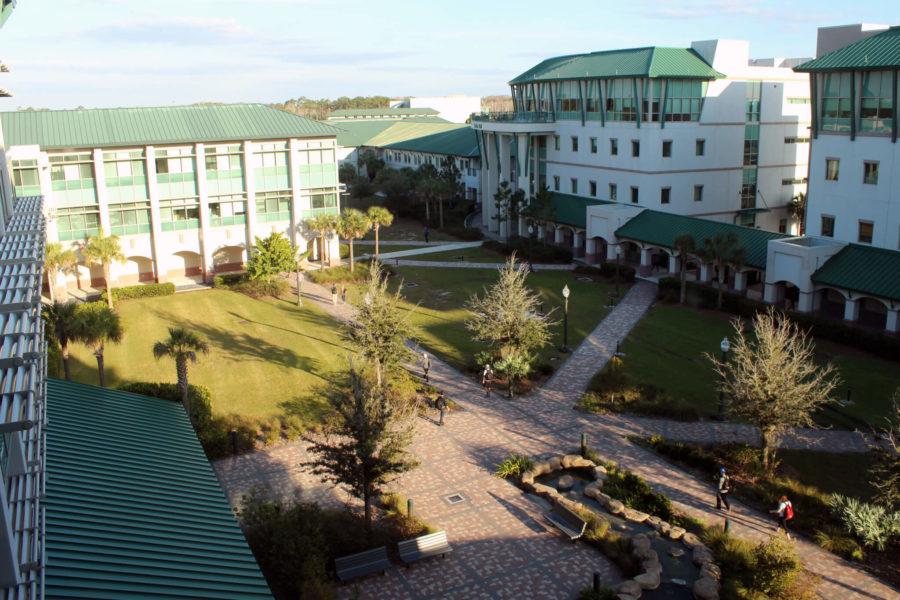 College is a thing you’re supposed to do right after high school. I remember sitting at the Boston Public Library with one of my best friends, Lisis, when I was 17, applying for scholarships. That was ten years ago.
Lisis got a full ride to a great school in upstate New York, joined a sorority, studied abroad, graduated, got her masters and started a family all by the time I had finally decided to go back to college.
Everyone’s path is different.
The truth is that I didn’t get any scholarships because I didn’t put the effort in. I applied to three colleges – none I would consider particularly notable, but colleges all the same. I got accepted to all three and chose to go to the one that would allow me to keep my full-time job as a supervisor at Best Buy.
You see, the day I graduated high school, I was offered a promotion and a good raise at Best Buy, where I had been working for two years. Within three months, I had won an all-inclusive trip to Orlando, got another promotion and another raise at another store. I was 18 and making more money than I really knew what to do with. I was enjoying myself doing something I was pretty good at.
I was not feeling college. While my friends were settling into dorm rooms and making new friends, I was working close to 50 hours a week learning the ins and outs of running a business and taking a full courseload on my two days off. I was so tired.
I remember the day I went to see my management professor to ask him something – I have no idea what. It was raining, I was tired and I didn’t want to be there. Despite that, I politely knocked and smiled and asked him whatever thing I had to ask him. He looked at me and said,
“Why are you here?” It was one of those existential questions, you know? Not like, why are you standing in my office right now, but like, why do you exist in this time and place and space?
I kind of just stared back at him. He proceeded to tell me it was clear that I was smart, but that I didn’t want to be there and if I really wanted to get the most out of my learning experience, I should return when I wanted to be there.
That man was like my Albus Dumbledore. I wish I remembered his name or even what he looked like. All I remember was how he made me feel and the fact that his office had barely any natural light coming in because he had so many books stacked up everywhere covering the windows. I feel like that’s an automatic making of a wise person: all of the books.
So, anyway, I thanked him, walked out of his office and as I walked through the rain to catch the train home, I called my dad to tell him I’d left school. He thought I meant for the day. I was like, “No, I mean, for good…” that was followed up by a combination of long pauses and angry outbursts.
He was upset and disappointed. While I didn’t agree and knew I’d be okay, I understood why he felt that way. He didn’t understand how I could throw away such a great opportunity. I explained that I had a career path set up for me at a job I really enjoyed and I didn’t want to waste his money. That was that. He got over it and continued to love me (hopefully, this is no surprise).
Fast forward three years – I realized maybe retail wasn’t all that and a bag of chips and I was ready for something new. To this day, I still don’t remember how I decided to start researching photography schools, but I did. I joined a program with Boston University. Two years later, I graduated, left retail, started doing photography part time, worked an office job, hated that, moved to Florida, got my teaching certificate, worked as a teacher for a year with my mom, started school at FGCU, became a nanny for a year, got offered a job with Microsoft in Charlotte, NC, moved there, moved back here and finally, started my full-time photography business.
While all of that stuff happened, I got diagnosed with Crohn’s disease, went through multiple hospitalizations, racked up a ton of medical bills, worked multiple second, and sometimes, third jobs, bought a house, learned what heartbreak felt like twice, met a great guy and got married.
And through all of that stuff – that stuff we call life – I started to “find myself,” as they say. In case you don’t yet know: “finding yourself” is like comprehending black holes and the current state of American politics – it’s neither easy, nor really possible. Even when you think you’ve figured it out, you haven’t.
There’s a point to this all and it’s hard to fit it all in to just one article. But, here goes:
You are not defined by when you go to college. It’s okay if college doesn’t end up being the coveted “best four years of your life.” If you’re the 28- or 42-year-old in the sea of 18-22 year olds, embrace it. If you’re the 18-22 year olds with the 28- or 42 year olds in your classes, we might just be your next friend – don’t rule us out.
Ultimately, we’re all figuring it out as we go – no matter our age. I can attest that college as an almost-30-year-old can be just as intimidating as when you’re an 18-year-old straight out of high school. It’s still a new, different, exciting experience and as we all shape our journeys, it becomes easier to see that we’re all just people and we’re all just figuring it out.