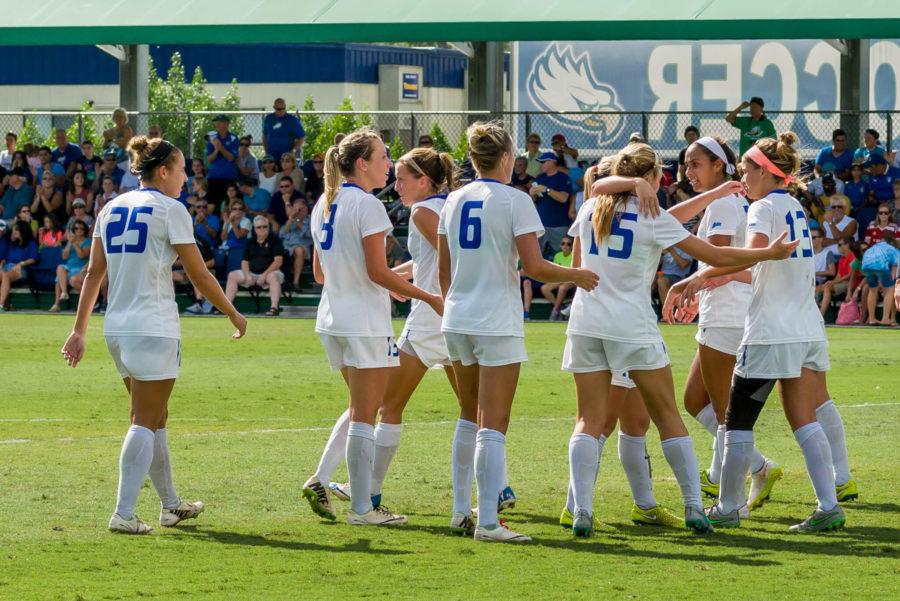 The FGCU women’s soccer team’s long awaited return to the pitch is finally over. The 2016 campaign kicks off with two games in the Bay Area against San Francisco and UC Davis Aug. 19 and 21.

Lead by the two-time Atlantic Sun Player of the Year and 2016 Atlantic Sun preseason player of the year Tabby Tindell, the Eagles will face a Dons side who finished the 2015 season 13-4-3 and second in the WCC behind BYU.

After facing off for the first in program history against San Francisco on Friday night, FGCU will face another first time opponent in UC Davis on Sunday.

The Aggies enjoyed a successful 2015 campaign finishing 10-7-2 on the year matching their second-highest win total and second-best record in program history.

In search of their seventh-straight Atlantic Sun conference regular-season title, the Eagles will look to start the season with two W’s in the win column before returning to the nest for their home-opener against ACC heavyweight North Carolina on Aug. 26.