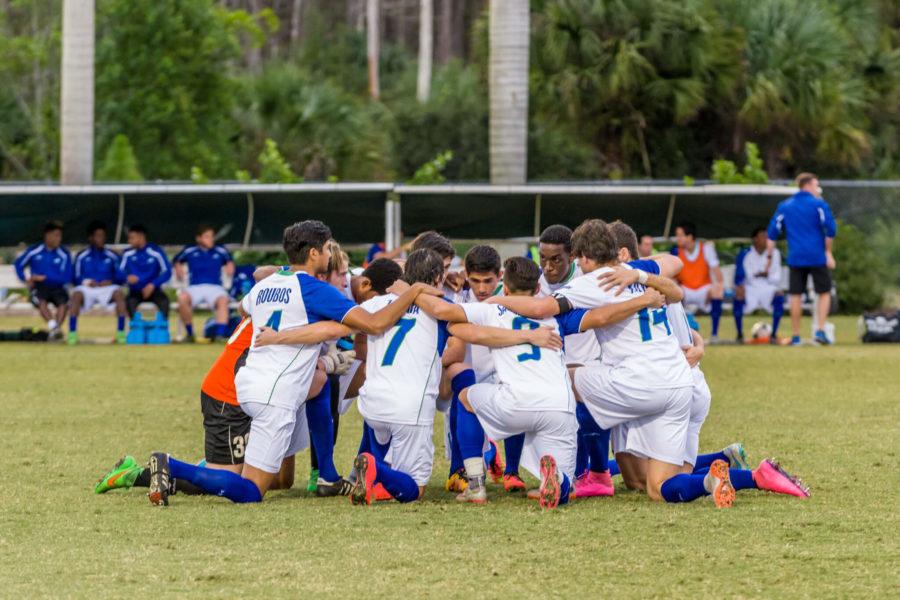 This Friday the FGCU Eagles men’s soccer team opens their season in Evanston, Illinois, as they take on Northwestern University.
The Eagles held a 7-4-3 record last season and were undefeated in the ASUN conference with a 4-0-1 record.
With the departures of ASUN player of the year Rodrigo Saravia, ASUN defensive player of the year Aaron Guillen, and ASUN goalkeeper of the year Nathan Ingram, FGCU looks to win their seventh straight ASUN regular season championship and qualify for the NCAA Tournament for the fourth time in six seasons.
The Eagles missed the top 25 rankings in the NSCAA this season, coming in just underneath in the number 32 spot .
Returning players, such as leading goal scorer Albert Ruiz, forward Dylan Sacramento, and midfielder Miguel Jamie are expected to lead the Eagles past the Northwestern Wildcats.
With the help of returning athletes, incoming FGCU student athletes such as French defender Thomas Delplace, forward Jiro Barriga Toyama, and goalkeeper Gustavo Vasconcelos, all hope to impact the Eagles this year.
On Friday, our FGCU Eagles face their first of three Big Ten opponents. A victory would start off the season on the right foot.
We have faith in our Eagles, especially with a talent filled roster and coach Bob Butehorn, and expect big things from them this season.
The ASUN conference should keep their eyes open because the Eagles look to fly to seven straight championships.