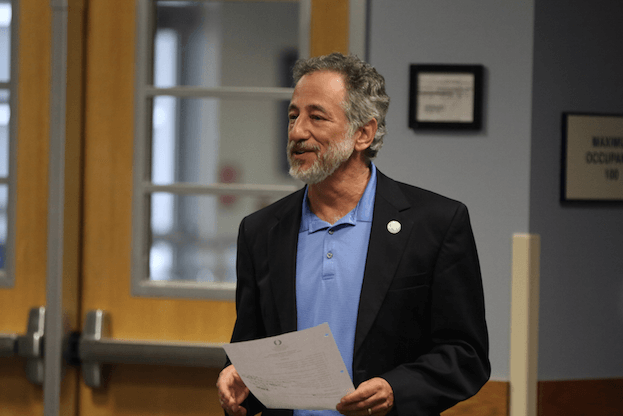 On Friday, Sept. 2, the FGCU Faculty Senate held their second meeting of the year. The top priority for the Senate during this meeting was the election of a secretary for the 2016-2017 school year.

According to the Faculty Senate bylaws, elections for new officers are to take place each spring. Since no secretary was elected in the spring of 2016, one must now be chosen.

The sole nomination came in favor of Dr. Thomas Felke. Felke immediately declined the nomination for the position.

Dr. Felke is an assistant professor and the Bachelor of Social Work program director. Felke has served on the Faculty Senate since 2014. During the 2015-2016 school year, he served as the Senate Secretary.

Following Felke’s declination, Senate President Dr. Shawn Felton addressed the topic of filling the secretary position. He discussed the importance of filling the position, further explaining that the position requires a potential nominee to have served “a sentence as a senator or senator alternative”.

Still talking about the position of secretary, Dr. Felton stated, “The primary role as the secretary is to be here throughout these meetings. I think the more valuable purpose is to have another voice on the leadership team.”

According to FGCU Faculty Governance Document Article 3, section 3.03 (d), “The Secretary ensures the publication of Senate agendas and minutes in a timely manner and acts as official Senate archivist.”

While Senate agendas are typically one page in length, the minutes from the meetings can often reach upwards of 10 pages, with one meeting in October 2015 having 12 pages. The secretary is responsible for these items and more for the Senate meetings, which take place every two weeks.

The meeting also contained a discussion about the possibility of a bylaw change in order to allow the secretary position to be obtained by an FGCU faculty member outside of the Faculty Senate.