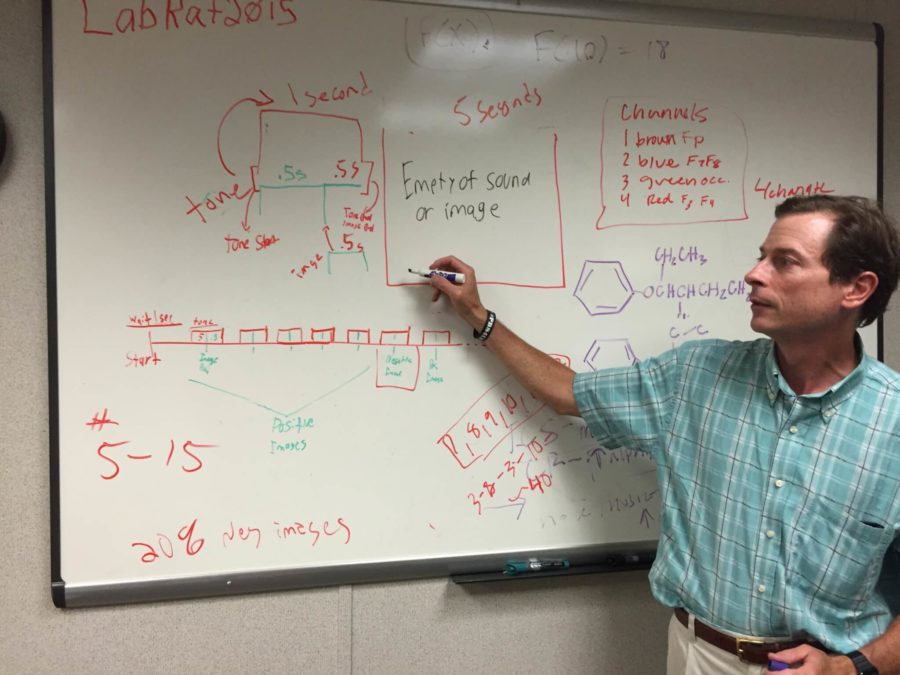 Todd McElroy, an associate professor of psychology at FGCU, has seen his name in publications across the globe, from The Washington Post, Vice, Aussie Network News and India Today.

McElroy, who has been researching the link between thinking and productivity for about five years, had his findings published in the Journal of Health Psychology in August and has since seen global recognition.

“It’s a very odd feeling, to be honest with you,” he said. “I still haven’t quite captured it.”

The study, which stemmed from research McElroy was conducting on sleep, found that people who use their brains more often are less physically active as those who don’t. McElroy’s research consisted of 60 students from Appalachian State University in North Carolina split into two groups of 30, one group of “thinkers” and one group of “non-thinkers.”

Over the course of a week, the groups wore a device on their wrists that tracked their physical activity levels. The results, which have been described as “highly significant” and “robust” in the journal, found that those who weren’t as active thought more.

“It was great,” McElroy said about working with the journal. “They were very helpful, they are a really good journal to work with. It required not much effort on my part, they’re good publishers, they have good editors.”

“It’s always an interesting experience,” he said. “At first, it’s very much like going to the dentist. It’s something you kind of dread, it’s a lot of work, but then once you get to the final stages it becomes actually fun.”

The study included “a lot of data,” and at one point McElroy had collected 20,000 points of data from a single participant. Several students worked with McElroy, but not all of them were included in one of the two study groups.

“We had one student completely dedicated to just bringing them into the lab and making sure they did what they were supposed to do over the course of the week and just basically working with participants,” McElroy said. “They’ve done really well, it really gave them an advantage when applying to graduate school or research-type jobs.”

What fascinated McElroy the most about his research was the fact that the significant difference that was found during the week between thinkers and non-thinkers seemed to disappear during the weekend.

“We get these differences between high thinkers and low thinkers, but you see that difference getting very small on Saturday, and in fact by Sunday there’s no significant different,” he said. “That’ what I found very striking.”

McElroy believes that despite the fact that the research was a long time coming, the results made his work worth it.

“I think it’s wonderful,” he said. “We believe in what we’ve done and it’s solid research and it’s absolutely real. It’s not often that our research gets such widespread publicity.”