From security guard to sheriff candidate 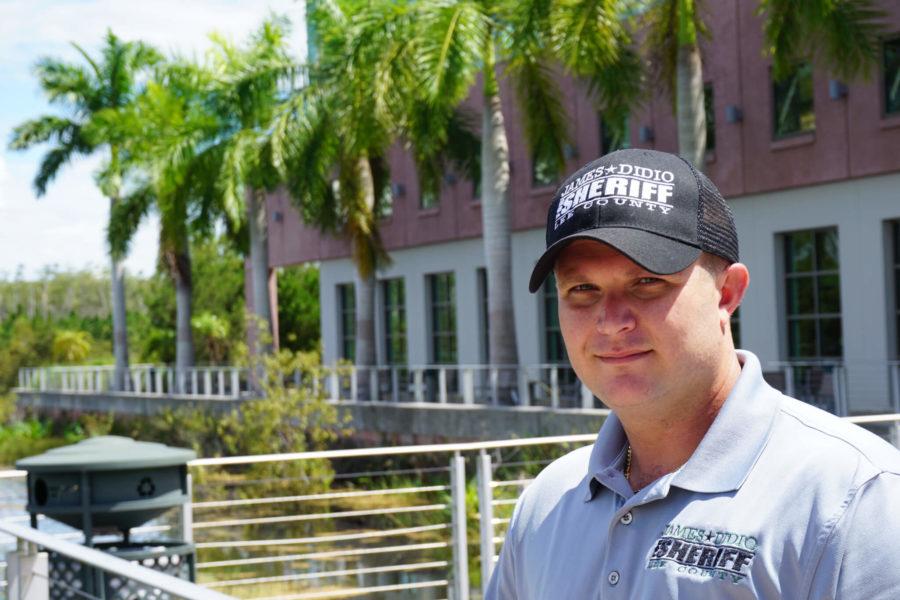 “We had a band of females that were coming in with plastic bags laced with tinfoil so they could defeat the cameras and detectors at the door,” James Didio recalled. “We knew that they’d be coming in on a Friday or Saturday night. The mall was absolutely packed. I went out on foot.”

“I ended up seeing these two leaving a store, so I started to walk up to them to just ask some questions; after all, it was private property. They took off running. They dropped their bags, and I could see the tin foil. I ended up catching one of them, and Metro National ended up catching the other after a car chase through the parking lot. Nobody was hurt or injured.”

It was at this moment he knew he had to pursue a career in law enforcement.

“I mean, here we go,” Didio said. “I didn’t realize I would be chasing shoplifters and breaking up fights and things like that. That was kind of one of those moments at 19-20 years old, where you’re like, ‘Oh my god. This is great!’”

Didio, who is currently running for Lee County Sheriff, has come a long way since working as a security guard at The Grand Ole Opry in Nashville while he was attending college.

The husband and father of two worked as a non-certified officer directing traffic for the City of Sanibel while also working at two body shops after graduating from the Nashville Auto Diesel School until he became of age to attend the police academy.

“Oh man, despite the fact that I was graduating with all these other college graduates who were gonna go on to be these great auto body technicians and race engine engineers, I realized that the majority of people that work in that industry are low income,” Didio said. “The place that I worked at ended up having a couple of drug users, alcoholics, people who wouldn’t come into work because they had gotten arrested the night before. I’ll tell you, that year I worked between two body shops was just torture. I wanted to get out of there already.”

Didio was finally able to attend the academy in early 2006 after being sponsored by the Lee County Sheriff’s Office. Unsure of whether or not he was going to even get the gig, he was shocked by the news.

“I went and sat down at my oral-board interview; it was my final thing. I’ll never forget the guys that were in there. It was a couple of guys who have since retired, a couple who have been promoted pretty high up — all of whom are still friends of mine,” Didio said. “We did this little interview, and then, after, they said, ‘James go stand by the wall over there.’ I was like, ‘Oh boy, here we go.’ I came back in, and then, they said, ‘We’re gonna hire you. We want you to be a deputy on our Lee County roadways and work the crime here.’ My reaction was ‘wait. what?’ I mean 0 to 100 real quick.”

He worked nights for six years straight to focus on getting DUIs in between calls. His hard work paid off. In 2010, Didio was recognized by Mothers Against Drunk Driving for arresting 100 suspected drunk drivers in one year.

“This was a huge personal accomplishment because I was a road patrol deputy working a massive call volume at the same time,” Didio said.

Derick Boysen, a former officer with the Sanibel Police Department, met Didio in 2012. The two worked together for over two years. Boysen admired Didio like a mentor.

“One time, there was a young girl that we found was abusing drugs and was trying to break into her family’s house; I’ve never seen someone take as much time as James did,” Boysen said. “He sat down with her and really talked with her about her consequences and what she wants to do with her life and really started to kind of coach her. I think we were probably on the call for probably an hour or so while he sat there and just listened to her and talked to her. I thought, this was somebody that I want to be like. He did stuff like that all the time, and it made me realize that’s the cop I want to be.”

Originally from Auburn, New York, Didio moved to Southwest Florida with his mom when he was 6 years old.

Though it wasn’t elective, that’s not to say Didio didn’t have some fun living in Naples Park.

“It was absolutely awesome,” Didio said. “I was fortunate enough to be able to be on the water as much as possible. We’ve had boats my whole life. I’m a fisherman; we also did high-speed boats, race-boats and stuff like that.”

In October 2010, while still a deputy, Didio opened his own small body and repair shop on McGregor Boulevard. Unfortunately, he had to take a break from law enforcement in 2012 to focus on his newly booming business.

“I put in a two weeks notice that turned into a two months notice,” Didio said. “My captain at the time, who is still a captain in that district, didn’t want me to go. In fact, he dropped me off on the final day after I had dropped off my police car and said, ‘Don’t go. I don’t want to drop you off, but if I do, it’s over.’ It was hard to open that door, but I opened that door, got out and started working on my business.”

Even though Didio married his high school sweetheart during this time, he soon realized he couldn’t stand being away from public service.

Didio sold his business in 2014 and began focusing on a political career in law enforcement. He turned down fulltime employment with Sanibel Police to study, network and gain momentum for his newfound profession.

He is currently running against incumbent Mike Scott, his former boss who has on several occasions recognized Didio for bravery, skills and on the job knowledge.

Some FGCU students don’t seem to know who Didio is. Carter Hargreaves, a 22-year-old graduate student at FGCU seeking his  master’s in occupational therapy, said, “I’m not even sure who is running for sheriff.”

Other students have trust in the incumbent. Luke Trumble, a junior majoring in exercise science, said, “I think the current sheriff is doing a fine job. I feel safe as is here at school.”