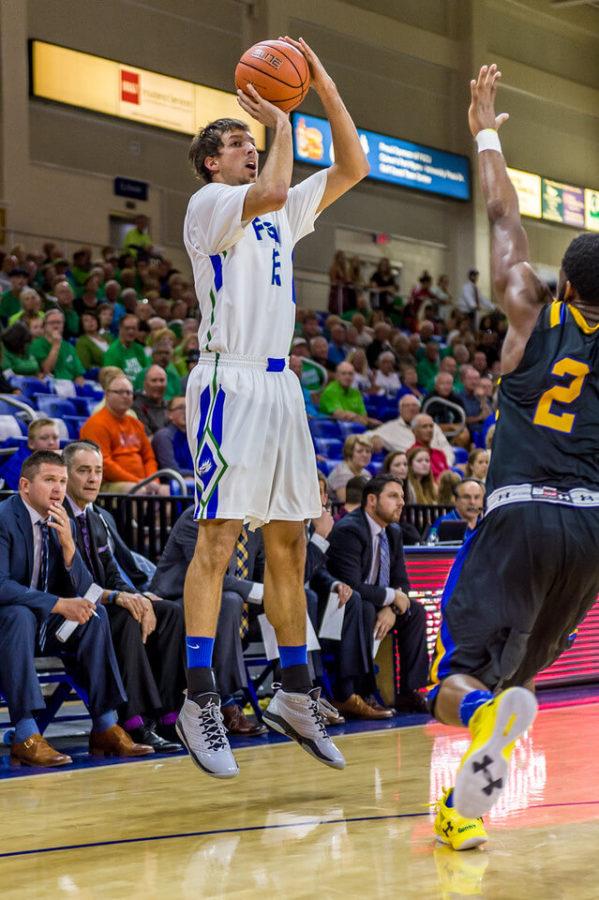 Former FGCU men’s basketball sharp shooter, Filip Cvjeticanin has signed with KK Velika Gorica of Croatia’s A-1 Liga.
The club’s greatest success came in 2014 when, after winning the second division title, the club secured promotion to Croatia’s first division.
The 6’9 forward from Zagreb, Croatia is a recent FGCU graduate and was a part of the infamous Dunk City group.


His junior year, Cvjeticanin utilized his medical redshirt opportunity for back surgery and came back a year later as a redshirt senior for the 2015-2016 season.
Cvjeticanin graduated ranking 3rd in program history with 182 made 3-pointers and 2nd in the Division-I program era. When he graduated he was the only player in program history to play in two NCAA tournaments and was part of three victories (2013 versus No. 2 seed Georgetown and No. 7 seed San Diego State; 2016 versus No. 16 seed Fairleigh Dickinson)
The forward is also a strong 3-point shooter with a .367 3-point percentage (182-496) and was 4th-best in program history at the time of his graduation. He played a total of 131 games which was the 4th-most in program history when he graduated.
Regular season, round one begins for the team, Oct. 8 against Jolly JBS.
Delete Image
Align Left
Align Center
Align Right
Align Left
Align Center
Delete Heading