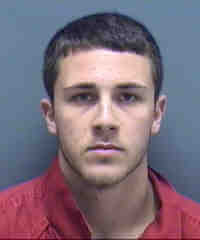 FGCU student Joshua Sekulic was not present for an arraignment hearing Monday, represented by an attorney. He has been formally charged with one count of battery and two counts of felony sexual assault. Sekulic was released from jail December 5 after posting bond. The state has scheduled his next court hearing for January 15. His attorney was not available for comment.