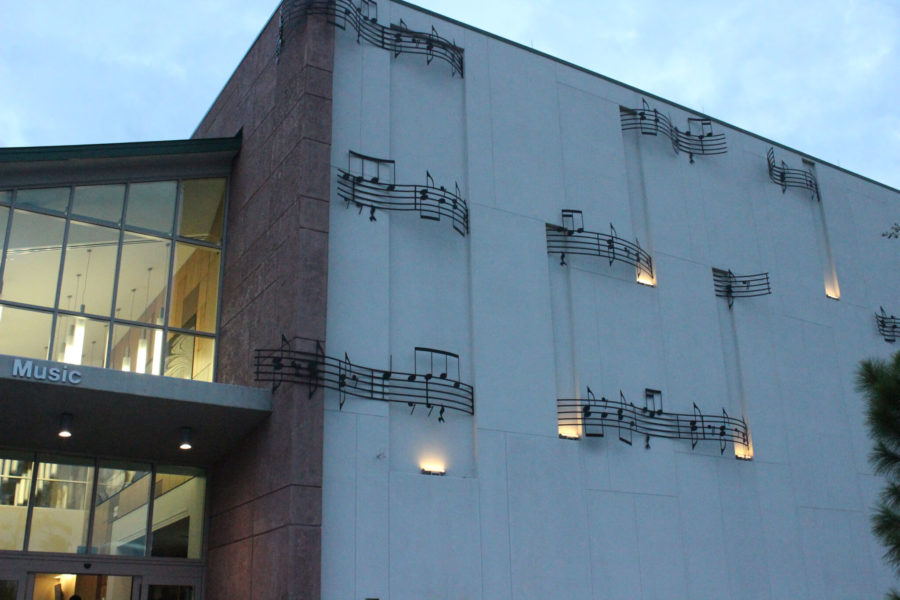 Hurricane Mathew may have delayed the show, but it did not stop the talent from getting on stage.
“Of Thee I Sing” was a terrific musical filled with drama, laughter, romance, babies and Diana Devereaux. Seriously, whenever I thought I had seen the last of Devereaux, she kept coming back.
Set in the ‘30s, the play centers around the journey of John P. Wintergreen, played by Gerritt VanderMeer, on his race to become the next President of the United States.
His political campaign theme is love, so his campaign party hosts a competition to select the most beautiful girl in the U.S. to become his wife.
However, Wintergreen ends up falling in love with the girl running the pageant, Mary Turner, played by Kellie Cullian, instead of the winner of the pageant, Devereaux, played by Kayley Stevens. Wintergreen announces that he will not marry Devereaux, but instead will wed Turner. Devereaux leaves, feeling robbed of her win, promising that it would not be the last of her.
Throughout the campaign Wintergreen and Turner travel the country declaring their love for one another, stating that they will get married if Wintergreen is elected president. So, they get married on inauguration day after Wintergreen won by a landslide.
Fast-forward a few months, and everything seems to be going smoothly in the White House. However, Devereaux has been gaining a lot of attention because of her robbed victory.
In comes the French Ambassador, played by Alana Ferraro, who demands that Devereaux must be given what she was promised: to marry the president and be given the title of First Lady. Otherwise, the president should prepare to sever any diplomatic relationship with France.
In the midst of a potential impeachment, Wintergreen discovers that he will soon become a father. The French Ambassador demands that the baby be given to France, because it would have been a baby of French decent if Devereaux would have been First Lady. She is the illegitimate daughter of an illegitimate son of an illegitimate nephew of Napoleon.
It turns out that Turner gives birth to a set of twins. This upsets the French Ambassador even more, because it wasn’t just one baby stolen from France, but two.
With the pressure to resign from office, Wintergreen remembers that, according to Article Twelve of the Constitution, when the President of the United States is unable to fulfill his duties, the obligations are then assumed by the vice president. The play concludes with vice president Alexander Throttlebottom, played by Wayne Morton, taking on the duty of marrying Devereaux and fulfilling her promised victory.
Overall, the play was a delight I loved every second of it. The orchestra did a magnificent job. The cast was professional and efficient at moving props on and off stage and changing costumes. Also, the ensemble did a great job with all the costume changes. There may have been a wig malfunction, but it definitely seemed like that was part of the show. In the end, the flow of the show went very smoothly and didn’t leave me disappointed in the slightest.