Being out on campus: Brittani Anderson 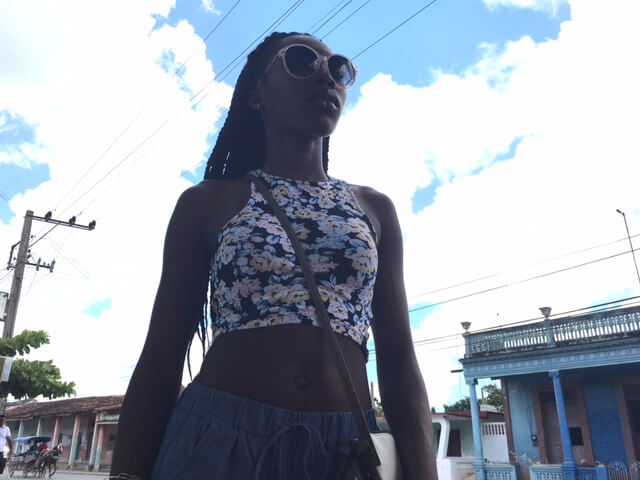 Junior forensic studies major Brittani Anderson spent 19 years of her life pretending she was straight. After all, growing up in a conservative Christian household, she was taught that having feelings for someone of the same sex meant that you were going to hell.

“My whole life I covered my sexuality with dating guys, and it always backfired,” Anderson said. “My friends all knew but I hadn’t come out to my mom yet.”

Anderson immediately wanted to stop keeping her sexuality a secret after she met her girlfriend, who she has been with for three years.

“She had lived outside the closet for so long,” Anderson said. “I looked up to her in that she was a lesbian and wasn’t afraid for people to know.”

After that realization, Anderson decided to tell her mom.

“I finally decided to tell my mom and she didn’t take it well,” she said. “She didn’t talk to me for three months. She took me to our pastor’s house and took my phone so I couldn’t leave or go anywhere.”

Anderson ended up walking over five miles to a friend’s house to get away. Despite her mom’s reaction, she didn’t regret coming out.

“Even though it was a horrible experience, I felt so relieved that I could finally be me,” Anderson said.

Anderson’s life has done nothing but improve since she came out.

“I don’t feel like I’m hiding a very big part of myself,” she said. “I’m able to go out with my girlfriend and hold her hand in public and kiss her and not think about what people are thinking because I just don’t care anymore.”

As for being out on campus, Anderson hasn’t had any overwhelmingly negative experiences.

“People are really accepting of my sexuality,” she said. “It’s more off campus that I have those (negative) experiences.”

Even though she’s been out for three years now, Anderson is reminded of her anti-LGBT upbringing and gets discouraged.

“Sometimes, even now, I have that voice in my head telling me that it’s wrong,” she said. “I just remind myself that I’m OK just the way I am.”