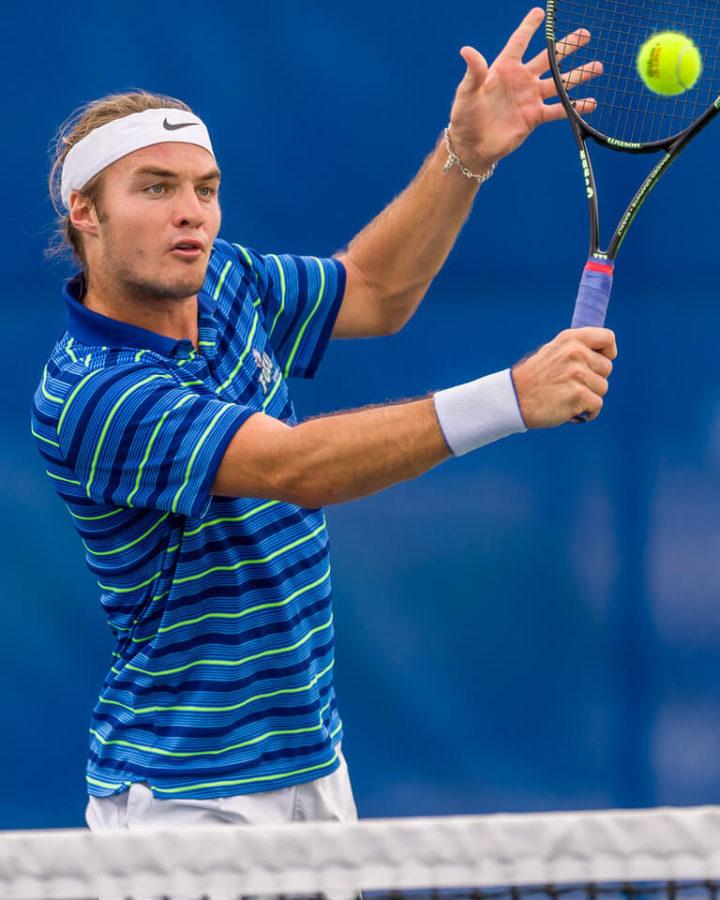 The FGCU men’s tennis team finished up play at the ITA Southeast Regional Championships Monday. The Eagles earned four out of the five singles representatives at the tournament.
Oliver Landert had much success after taking down UCF’s Mariano Porter to get to play, and ultimately win, against conference rival Loic Blanco of Stetson. However, Landert’s run came to a close with a loss to eventual champion Guy Iradukunda of Florida State.


Javier Fernandez also made a successful run in the consolation section of the main draw. Fernandez dropped his first match to FAMU’s Courage Okungbowa, but quickly regained control with wins over Florida State’s Rona Roop Singh Bhullar and FAU’s Anthony Schohn.
In doubles play, round of 32, Andres Alfonzo and partner Oliver Landert defeated Loic Blanco and Angus Bradshaw of Stetson 8-7 before dropping their round of 16 match against University of Florida’s, Maxx Lipman and Chase Perez-Blanco 8-6.
Unfortunately, the round of 16 was the end for the Eagles as both Sam Chaffin and Javier Fernandez went down to Kennesaw State’s Manuel Castellanos and Simon Pritchard 8-7 in the round of 32. Ezequiel Cerrini and Austin Bates were defeated by Walner Espioza and Carlos Waitman of FAMU, 8-7,
The Eagles travel back home as they host the FGCU Fall invitational next weekend, starting Friday, Oct. 28 at the FGCU tennis complex.
Delete Image
Align Left
Align Center
Align Right
Align Left
Align Center
Delete Heading