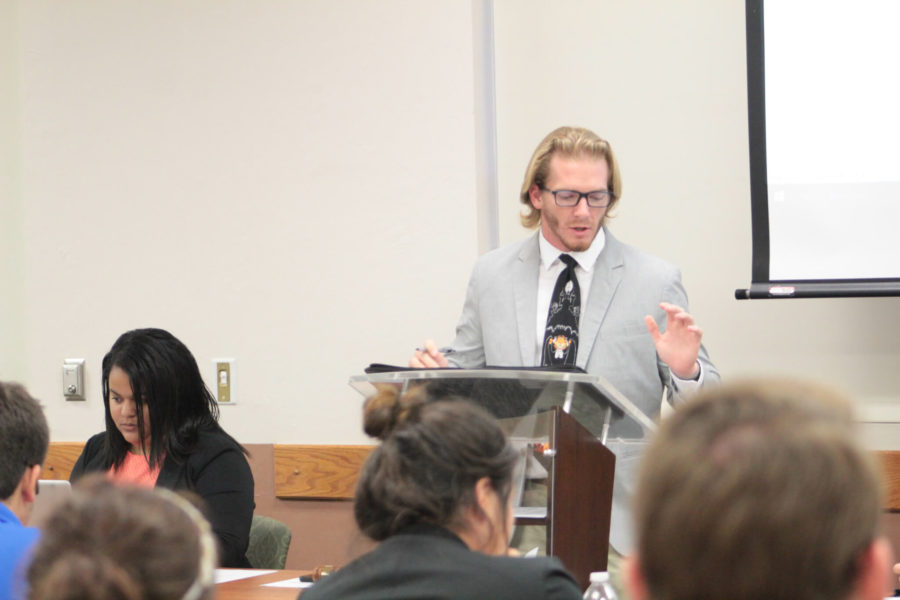 The FGCU Student Government Senate met on Tuesday, Oct. 25 to discuss the future of multiple bills presented during the Oct. 18 meeting and also introduce a new bill for future consideration.

The meeting began per usual routine, including reports from different representatives and chair holders within SG.

New Pro Tempore Emily Leyva had her first appointment in the position, and Brianna German, a freshman majoring in nursing, took center stage, selling her qualifications to her peers.

German detailed her involvement in high school and how she took on two jobs, helping her gain social skills that carry over into a potential senate experience. The senate moved along quickly and, in a roll call vote, found unanimously in favor of her appointment.

Also addressed at SG was the continued deliberation of several bills first presented last week. The first was 1617-004, the Catholic Student Organization bill.

First presented by Sen. Esteban Tavel, the bill moves to allocate funds to the Catholic Student Organization, which regularly holds Sunday mass. After concerns regarding their communication, this week, Tavel and others proposed and passed minor changes in quantity of promotional items, such as T-shirts, to reduce the requested $2,183 down to just over $1,700. The bill was passed unanimously.

Next on the agenda was the 1617-005 Eagle Radio Operational Bill. The bill was proposed by Sen. Antonia Jacobse to grant money to Eagle Radio. Representatives had requested $8,004. Amendments were proposed to adjust minor discrepancies in some items. After a brief conclusion to justify the passing of the bill, the Senate continued to do just that, with an overwhelming majority in favor.

Senate voted last on funding for Jacobse’s bill funding Aquila Student Research Journal, a journal aimed to publish professional research work of FGCU students in a campus-based journal, and also an allocation of funds for A Step Above Perfection.

Senate, with little or no opposition, voted to allocate $3,000 for the printing of 1,000 copies of the Aquila Research Journal. This was followed by a vote for Sec. White’s bill to grant $655 to A Step Above Perfection — an RSO which engages in dance performances — for T-shirts, pants, promotional phone card holders and a tri-fold presentation board. The bill was passed for the amount requested.

Finally, on the agenda, SG heard the first reading of a bill proposed to fund the Rotaract Club. Proposed by Sen. Paul Olivera, the club consists of 30 to 40 members, whose mission is to promote selfless behavior, promote community welfare and generally engage in philanthropic behavior.

The club is requesting $1,435 for T-shirts, meeting supplies and promotional water bottles. Senators briefly revealed background, and the bill will be voted on next week on Tue. Nov. 1.