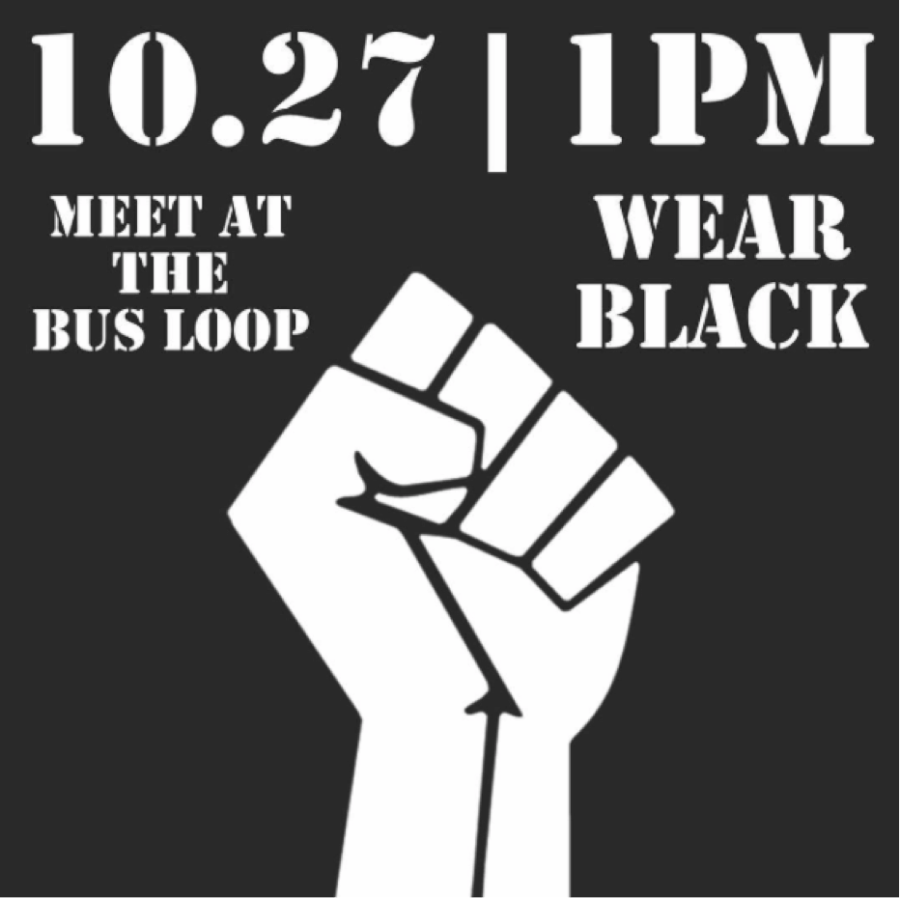 To the person that drew this hate propaganda:
If it was supposed to be a joke, it wasn’t funny.
If it wasn’t…
This behavior cannot be tolerated. This is hate. There is no other word for it.
On Oct. 12, some “artist” took it upon themselves to write “Kill (N-word),” and a draw a stick figure hanging from a tree.
Only recently has this information come to light for most of the students on campus. Now, students have reason to question their safety and what the university is doing to protect them.
Unfortunately, hate crimes and bigotry like this have been seen across the country, as of late, and now it has infected our campus – our space that is supposed to be one of inclusion and acceptance – like the disease that it is.
A place where professors display Safe Space stickers on their office windows with pride and where students can join organizations that embrace their diversity.
This is the kind of thing that you hear about happening elsewhere, not right here. Not in 2016, right?
Wrong.
People still think like this about all different kinds of people.
I’ve been called a Christ-Killer for my Jewish Heritage, told my voice doesn’t matter because I’m a woman, and called a spic for my Hispanic looks.
Racism is real. Racism exists. Racism has to end.
The university should be doing everything in its power to combat this ideology. There should be an increase in cultural events, not just celebrating university culture, but celebrating the culture of the students themselves.
And what kind of investigation did the UPD do? Were there no cameras in the hallways? Is there no security footage to check? Did no one else see who drew this?
If there is no evidence of who is attempting to spread this filth, then so be it, I guess. At least they will never get the attention that they crave so badly, that they feel compelled to scribble bewilderingly racist comments and pictures on a whiteboard.
If the creator of this hate-mongering doodle is caught, he or she should be charged with a hate crime.
Some people – no one that I would ever want to associate with – would argue that this is a country with freedom of speech and that here we can say anything we want to, that punishing this person for what might have been a joke is unreasonable.


Well, John B. Finch once said, “Your right to swing your arm leaves off where my right not to have my nose struck begins.”
Personally, my nose feels as if it’s been struck.
Hopefully, the perpetrator will hear the cries for equality and justice during the Black Lives Matter protest on campus, in front the Cohen Center bus loop at 1 p.m.
Delete Image
Align Left
Align Center
Align Right
Align Left
Align Center
Delete Heading