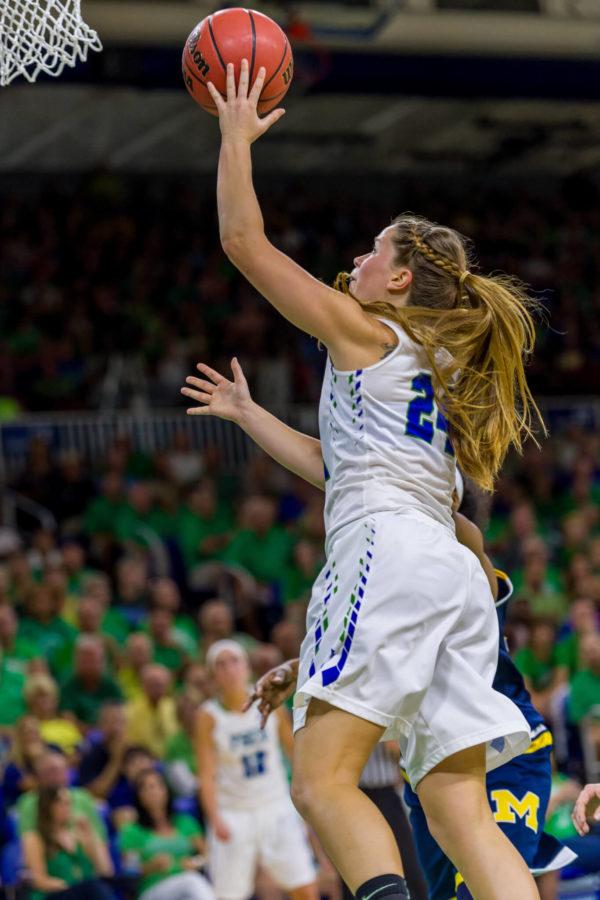 Opening the season with a 66-56 defeat against Quinnipiac in their first of two games on the road, the FGCU women’s basketball team defeated Hartford 70-63 to earn their first win of the 2016-17 season.
Matching her second-highest career point total with 18 points, Haley Laughter was one of four Eagles in double figures, leading the way on offense knocking down four of the team’s 11 shots from behind the arc.
Joining Laughter in double-figures were Taylor Gradinjan, who finished with 15 points and three assists, Jessica Cattani with 12 points, and Erica Nelson who dished out seven assists while dropping points.
“I thought we did a better job taking care of the ball in the second half, and a lot of our players stepped up and made big shots,” head coach Karl Smesko said. Erica and Haley made some big shots, and then Jessica just had a tremendous second half.”
In the first quarter the Eagles found their rhythm on offense after both teams failed to find the opening bucket in the first three minutes of action, knocking down three three-pointers en route to an 18-14 lead after one.
Despite falling behind in the second quarter, 23-16, the Hawks began to control the pace of the game, going on a 7-3 run to take a 32-31 lead going into halftime.
Building off of their 41.4 percent shooting in the first half, the Eagles were able to outlast the back-and-forth scoring in the third quarter behind a seven-point quarter from Laughter, to hold a 47-44 advantage at the end of three.
Leading by as many as eight points in the final quarter, FGCU was unable to maintain its early lead, allowing the Hawks to tie the game up at 61 with less than three minutes remaining. The Eagles were able to overcome their blown eight-point advantage, ending the game on a 9-2 run to defeat Hartford 70-63.
FGCU will now head back home to face FIU in its first home game of the regular-season on Tuesday, Nov. 15 at 7 p.m. at Alico Arena.