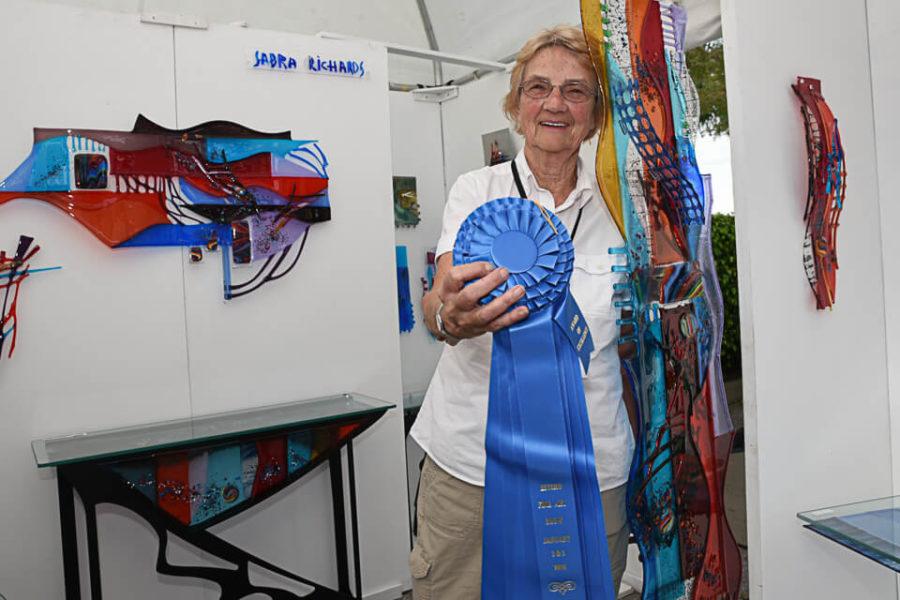 The Estero Art Show returns for its 18th bi-annual year to present different mediums of art to residents in Southwest Florida.

Hosted by the organization Hot Works, as well as producer and executive director Patty Narozny, the show which has outgrown its previous location at the Miromar Outlets, will feature more than 100 artists.

The nonprofit organization which houses the Youth Art Program focuses on arts and education and will extend its focus on visual arts to the show to give residents the best art experience possible.

“There’s going to be something for everyone in every budget,” Narozny said.

According to Narozny, the event will also give new artists a starting point to engage with the community that will help build their future careers.

She explained that, for new artists getting into the field, the show will offer the chance to see how the whole process works.

According to Narozny, artists must submit three original pieces to be viewed by judges who then determine whether the artist is accepted into the show or deferred.

For Naronzny, this system also means choosing the best artists despite available slots. Out of 200 slots available for artists to fill, judges will only fill those they feel are the absolute best given the time available.

Often times, this means that not all slots will be filled, but this keeps the show’s level of sophistication and allows artists to present their work for commission.

Shows like the Estero Art show, which is among the top 100 art shows in the nation, are highly competitive for artists, but also offer residents and students a glimpse into the art world and the work it takes to be successful.

Though it is too late to become involved with the art show coming up, Narozny says that she would consider a collaboration with FGCU art students with the inclusion of a professor that could help with coordination.

“Artists in the show are the best resources for information,” Narozny said. “They’re always willing to help out new artists.”

Students who would like to become involved with the art shows, or those who are interested in art as a profession, are encouraged to attend the event and contact Patty Narozny for more information.

“Regardless of who you are, it’s a great way to spend the day,” Narozny said.

The Estero Fine Art Show will be the 18th bi-annual Fine Art Show going on in Estero on Nov. 19 and 20 from 10 a.m. to 5 p.m. daily at the Miromar Design Center. Admission is free to the public.