A look at the Weigh the Waste project 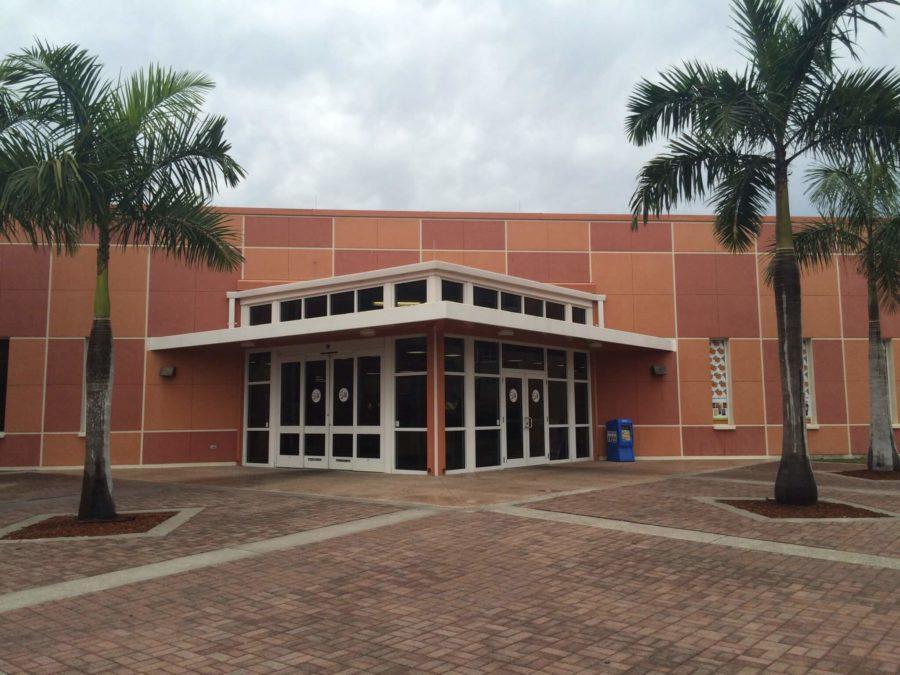 Jessica Phillips, 30, is an FGCU alumna. When she majored in environmental science, she took the colloquium course,, as all students are required to.

However, unlike the vast majority of students, Phillips returned to school, this time as an instructor of that very same class, which she has been teaching for two and a half years.

Phillips has organized her colloquium class around Weigh the Waste, a project designed to make students aware of how much food is wasted.

Throughout the semester, they have a unique opportunity to measure the food discarded at SoVi. The main goal is to reduce the waste and to instill in students the mentality of food sustainability, Phillips said.

“Students start off trying to find how much people waste in our campus’ community,” Phillips said. “The first weigh-in that we did with the project counted 600 pounds of food wasted in a single day.”

Phillips said that students’ reactions to this were telling.  In between the initial and final weigh-ins, the students have to develop their own projects.

They can use their own degree’s skills to get people engaged in the Weigh the Waste project. In one of the projects Phillips mentioned, students did a documentary with self-raised funds.

“The engagement is on the students’ shoulders, on how they will reach this goal,” Phillips said.

Phillips’s main reason for doing this project is to make students more consciously aware of the many layers of sustainability that exists.

“Environment is a big part of my life, but you have to think about social, cultural and economical sustainability,” Phillips said. “It’s very important how we intermesh those and how we can have a whole sustainable society.”

Phillips is always trying to make her students think critically.

“The students have to collect the dirty dishes, and it’s funny to see their reactions,” Phillips said. “They say they can’t believe they have to do this, that it’s gross, disgusting. But, it’s literally the food they were just eating. It suddenly goes from something you need to survive, to something that is disgusting and garbage as soon as you hand that plate over.”

Phillips doesn’t do all of this alone. She has the help of Ashley Farquhar, 25, the sustainability manager for FGCU’s Campus Dining.

“I think this project really opens the students’ eyes about waste,” Farquhar said. “When people think about the bad effects on the environment, everybody thinks about cars, oil, chemicals, but people are beginning to realize that food waste is as detrimental to our environment as those are.”

Both Phillips and Farquhar said that we live in a society where the “out of sight, out of mind” mentality predominates.

Farquhar hopes that this project will make students see that, even though they can take how much food they want at SoVi, it doesn’t mean they have to take everything they see.

Jade Chalkley, 20, is the director of sustainability for Student Government, so she is familiar with Weigh the Waste and how it impacts students’ lives.

“I think it’s really a beneficial program that helps students visualize the waste that they produce in SoVi dining,” Chalkley said. “FGCU’s mission statement tells us to practice and promote sustainability, and by doing Weigh the Waste, we help the students see how we actually practice sustainability at FGCU.”

Phillips said she wants to make sure that students realize that the food waste is essentially compost that can be sold and used to produce more food.

“Our whole society needs a change in perspective as opposed to saying, ‘That’s just the way it is; that’s the way it’s always been,’” Phillips said. “Just because that’s the way we’ve always done it or always have been doing it for X number of years doesn’t mean there’s  not a better and more sustainable way of doing things, and that’s what I challenge my students to do.”

At the end of the semester, students write essays about the project, and this is where Phillips says she witnesses the transformation that students go through.

Sometimes, she feels as if some students say only what she wants to hear. For this reason, she also gives the students an anonymous survey about the class.

“The students know that I don’t necessarily read the surveys, and they also know it doesn’t affect their final grade; so, they could tell me it was the worst project ever, but I got many meaningful and eye-opening feedback,” Phillips said.

Phillips said she’s sometimes on the cusp of burn-out because of the work load, but that she’s motivated to carry on and is hopeful for the future of the project.

“There have been semesters where I’m just exhausted,” Phillips said. “I don’t know if I can keep going, but when I see some of the students’ feedback saying, ‘Please, continue to do this project’ and realize it’s making that much impact in their lives — even if it’s just one student — then I can’t not do it.”