Eaglepalooza’s D.R.A.M., Baauer, and T-Pain make for a nostalgic night 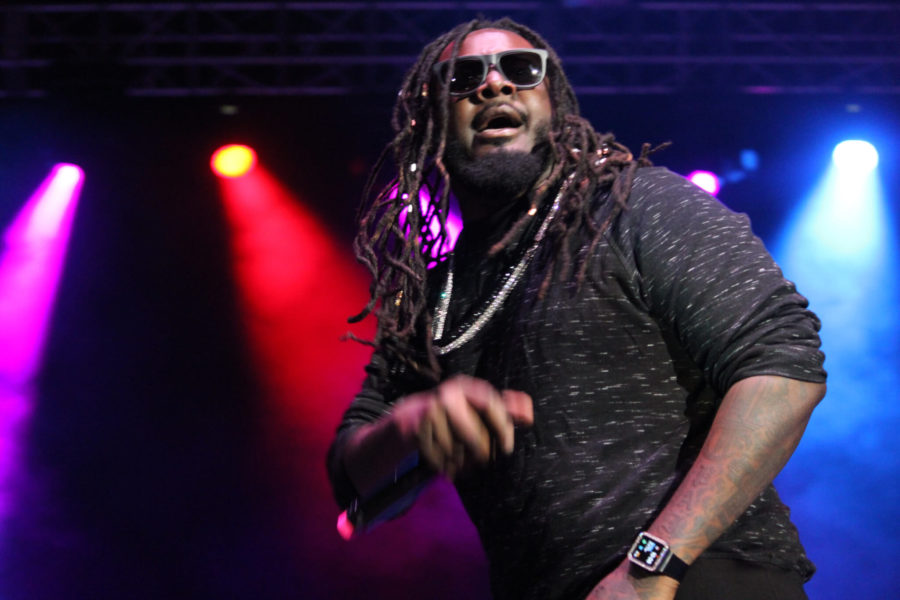 Eaglepalooza was the formal unearthing of some low-laying artists. Baauer, D.R.A.M. and T-Pain collectively made this a concert for the books.


D.R.A.M. appealed to the college-student masses by talking about money, being broke and getting that paper on pay day. With his funny dances and amazing voice, D.R.A.M. gave the audience a great show. He hyped up the pit crowd with “Cute,” a song that showed off his skillful (and soulful) vocals. Obviously, everyone went wild for his best-known song, “Broccoli.” I, too, couldn’t help but join in the cacophonous chorus of half screaming, half singing and bass that filled the arena.

Baauer looked just the right amount comfy on stage in a casual gray hoodie and jeans. He delivering a truly outstanding set in 40 minutes that flew by. In layman’s, his performance was nothing short of “lit.” Baauer incorporated “Black Beatle” by Rae Sremmurd, “B—ch Better Have My Money” by Rihanna, “Jumpman” by Drake and “M.A.A.D. City” by Kendrick Lamar into his set list. There was one moment in which Baauer’s mix was slightly disjointed. An echo-y reverb faltered my groove for a moment, but he made up for it by the end of his seemingly endless bass drops.
T-Pain took away the night with a plethora of throwbacks, from “Cyclone” to the 2008 hit, “Low.” He took us from memories of middle school dances to the present with his newest single with Lil Yachty, “Dan Bilzerian.”

Behind the auto tune, T-Pain has the voice of an angel. His singing left me wondering at what point during the night I fell down a rabbit hole and into a church sermon, with his strong-held notes and powerful lungs. I had the pleasure to hear – live, might I add – the legend himself rhyme “mansion” with “Wisconsin,” or wiss-CAN-sin. T-Pain not only attempted the meanest whip of 2016, but he had the crowd completely engaged with “All I Do Is Win,” one of his last few numbers.
With a smaller crowd than I expected, the energy level that echoed did not suggest that only 2,000 tickets were sold for Eaglepalooza. The festival line up was perfect for the venue, and the concert continues to top itself year after year.
Delete Image
Align Left
Align Center
Align Right
Align Left
Align Center
Delete Heading