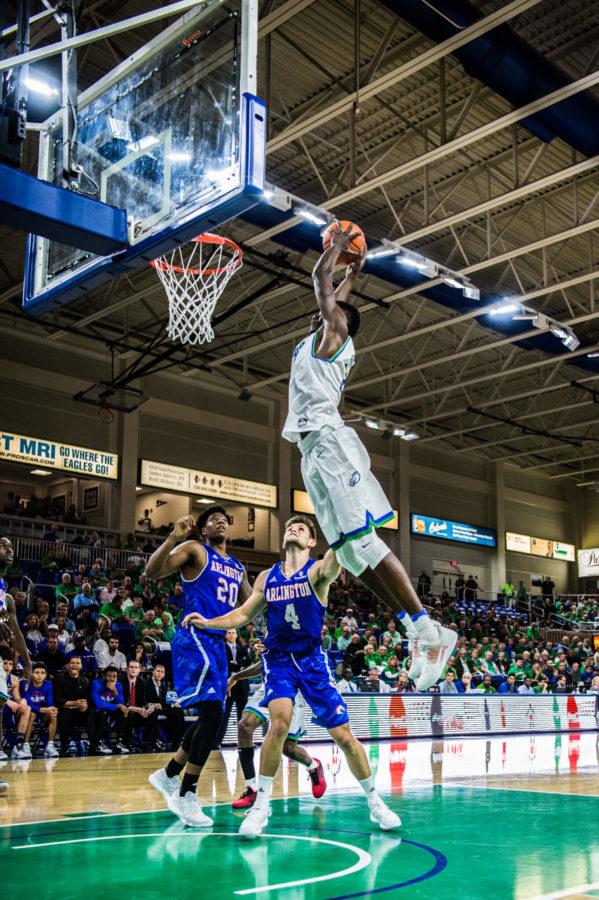 After defeating Long Beach State in overtime 68-67 in its previous contest, the FGCU men’s basketball team closes out its three-game home stand against Ave Maria on Tuesday, Nov. 29 at 7 p.m.
The Gyrenes come into their matchup against the Eagles sitting at 2-4 after back-to-back losses against Thomas and Binghamton.
Facing off in its sixth consecutive season, the Eagles are 5-0 all-time against Ave Maria, defeating the Gyrenes 91-34 last season behind 24 points by Christian Terrell.
FGCU will look to remain unbeaten at Alico Arena and close out its three-game home stand with a win before hitting the road for its match up against Georgia Southern on Sunday, Dec. 4.