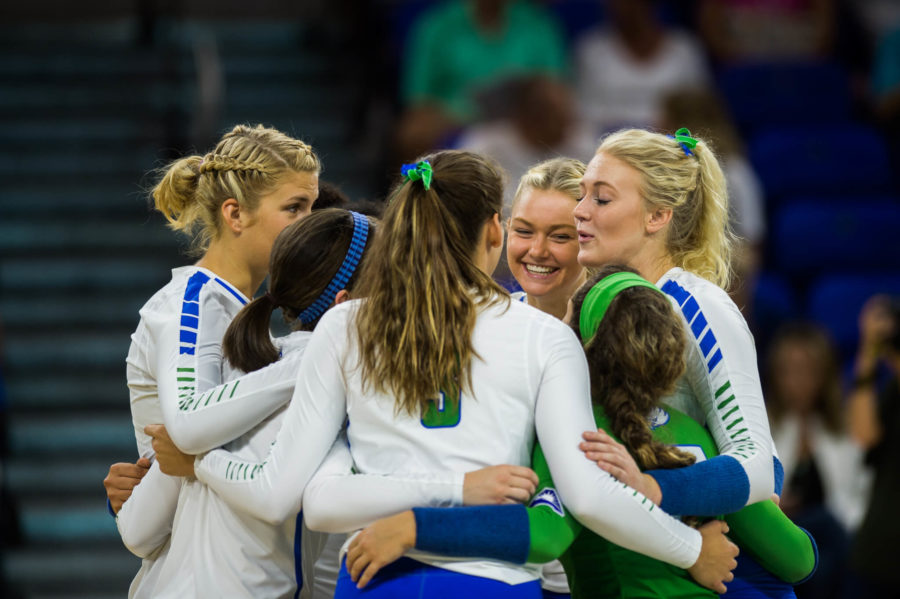 FGCU volleyball signee, Courtney VanLiew, has been chosen as one of the 10 national finalists, five girls and five boys, for the 2016 Wendy’s High School Heisman scholarship. VanLiew is well-rounded and has an outstanding record throughout her community as well as academically and athletically. So, she received an invitation to Wendy’s High School Heisman Weekend in New York City to attend the National Heisman Awards Banquet on Dec. 9.
The Wendy’s High School Heisman Scholarship recognizes high school seniors for excelling in several aspects— athletics, academics and contributions to their community. Any high school senior athlete with a GPA over 3.0 can apply and then they narrow it down to 1,020 state finalists. VanLiew was one of the 10 national finalist chosen out of the 1,020 state finalists.
At the Banquet in NYC, there is a Heisman Trophy Award presentation, where one girl and one boy are chosen as the recipients of a $10,000 scholarships. All the national finalists who aren’t named Wendy’s High School Heisman Scholarship recipients will still receive $5,000 to further their education.
“I think it’s an awesome accomplishment because the criteria for the award means that you have to excel in many different areas,” VanLiew said to FGCU Athletics. “Impossible doesn’t exist for me. I’m fueld by my relentless pursuit of excellence.”
As a three sport athlete and captain of the Columbus East High School volleyball, swimming and track teams, VanLiew won sectional championships, qualified for state meets and earned a gold medal in an international volleyball competition, but VanLiew said her proudest achievement is Rebound for Reading, the tutoring program she created a for a local elementary school.
“Learning, leading, and performing – these are some of the competencies considered by the Wendy’s Heisman Award, and they are characteristics that make Cortney an amazing young woman,” FGCU head volleyball coach Matt Botsford said to FGCU Athletics. “This is an unbelievable honor, and I am so happy that she’s been named a finalist.  Whether it’s in the community, the classroom, or out on the court, Cortney is always looking to make a positive impact.  Her dedication toward serving others demonstrates the kind of selflessness that has helped shape Cortney into the person we see today.”