The pros and cons of technology 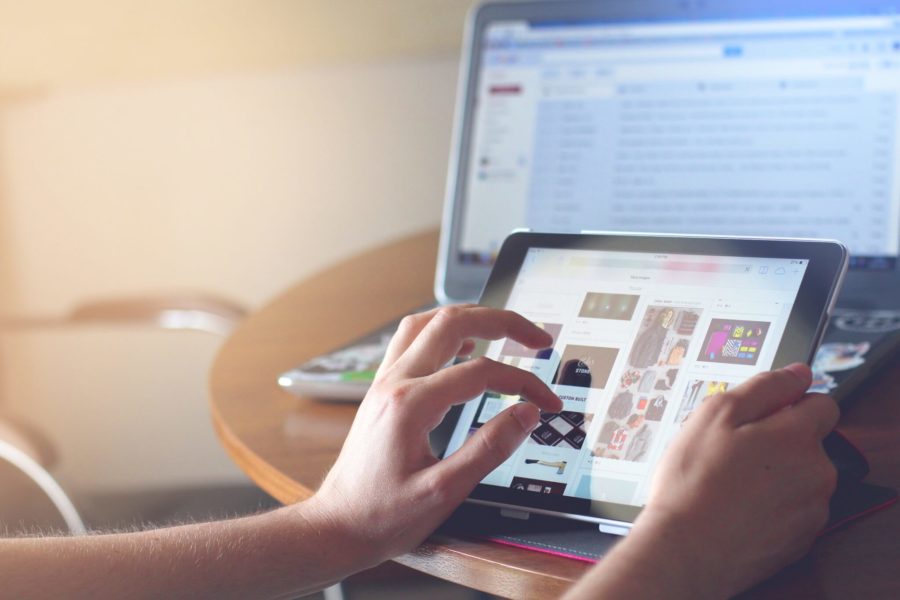 Technology is one of the major forces transforming our lives, allowing us to share information that we would not be able to access on our own. Our whole world is immersed in the latest technological advances, but are these advances helping us?
Has technology taken over face to face interaction? Take eating at a restaurant as an example. Nowadays, it is rare to see people across the table from each other holding an actual conversation. People are so caught up texting, posting on social media and checking emails, that they forget those who are sitting right in front of them.
In today’s society, no one communicates verbally anymore. Instead, people think it is acceptable to hide behind the screen of their cell phone or computer to avoid confrontation or conflict. Another adverse effect of texting and emailing is the lack of emotional sentiment and body language that is usually expressed in an intimate personal conversation. Texting has become a way of life, and verbal communication is becoming extinct.
Social media has also significantly changed how we communicate. Today, we interact through the Internet, where a plethora of social media tools has redefined our communication. Even though social media has given each and every one of us the opportunity to connect with people from around the world, at the same time social media has brought critical changes to the everyday person. Teenagers are now developing their social skills online rather than in person. It has reached the point where many adolescents prefer to meet people in a virtual world rather than in reality. Sure, the so-called friend can like and comment on a recent picture, making someone feel like there is a connection, but are these people really our friends? Would that virtual friend be there in an emergency? How did we previously define friendship, and how do we view it now?
The next time you go out for a bite to eat, look around. There will be anywhere from a few people to several people with their heads glued to their phones. It has become routine. It is no longer considered weird to pull out a phone or video game during a meal. In fact, if you do not use your phone when everyone else does, you feel awkward.
In reality, this behavior is rude and frankly, annoying. Do people not realize that they’re completely ignoring their company?
Even young children show the effects of technology overload. They engage in more screen time than play time. Whatever happened to hide and seek, hop scotch, or inventive games? Today, kids are not outside playing as much as they used to. Additionally, instead of handing their children crayons to let their imaginations run free, parents hand them electronic devices.
This shows that our society may be improving with its technological advancements, but, slowly, people are becoming too attached to their gadgets.
I concede that technology has made a huge difference in many areas of life. improving our way of communication, providing endless resources to further research, and reducing the amount of paper used are just a few ways that technology has benefited us. But we should use technology only to the point that we are not fully reliant on it. Technology cannot supplant anything. Therefore, we must always remember the distinct difference between enjoying the benefits of and becoming dependent upon the technology we use regularly.