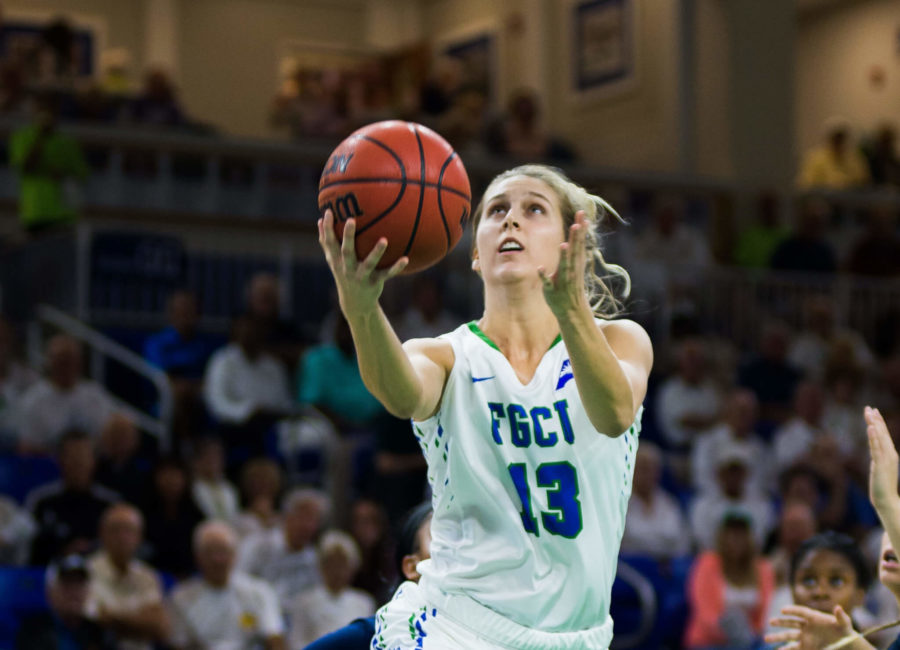 The FGCU women’s basketball team began conference play with a big win over Stetson on Saturday night. The 84-71 victory marked the Eagles sixth-straight win.
Leading the team with 36 points, Rosemarie Julien, set a new single-game record for the Eagles.


“It’s definitely exciting anytime you go and play a really good team and win on the road,” said head coach Karl Smesko. “It’s a great way to start the conference season. Rose was spectacular today. She was guarding their best player the whole game and on top of that, she put in 36 points.”
The Eagles continued to control the arc play, making 12 from beyond the arc. Their defense was also tight, forcing the Hatters to 21 turnovers, while only committing six.
Both teams were out fast, going point-for-point until the game was tied at nine. After a Nelson three, the Hatters quickly responded, scoring eight-straight points.
Gradinjan knocked down the first shot of the second quarter, tying the game at 21. The teams exchanged the lead three times before a Hatter’s jumper gave the team a five-point relief.
However, the Eagles responded with five-straight points from Julien and a Dow three-pointer, to give FGCU a one-point lead. Julien put up another five in the closing minute of the half, giving the Eagles a 39-33 advantage going into the locker room.
Stetson came out strong to start the second half, scoring four points, but the Eagles reacted with a 10-point run, highlighted by threes from Gradinjan and Nelson.
FGCU controlled the fourth quarter by putting up a 13-point lead. However, the Hatters put up five out of the next six points. But with just 30 seconds to go, Stetson couldn’t fight back enough, giving the Eagles a 84-71 win.
Julien finished the game shooting 11-of-14 from the field, including 6-of-7 from the perimeter. Defensively, Julien caught two steals and held Stetson’s leading scorer, Brianti Saunders, to just 12 points.
China Dow was also electric on offense with 18 points in 24 minutes of play, while Taylor Gradinjan, Jordin Alexander, and Erica Nelson all assisted on offense with eight points each.
Next, the Eagles will have a week-long break before taking on Lipscomb Saturday, Jan. 14 at 1:30 p.m. in Nashville, Tennessee.
Delete Image
Align Left
Align Center
Align Right
Align Left
Align Center
Delete Heading