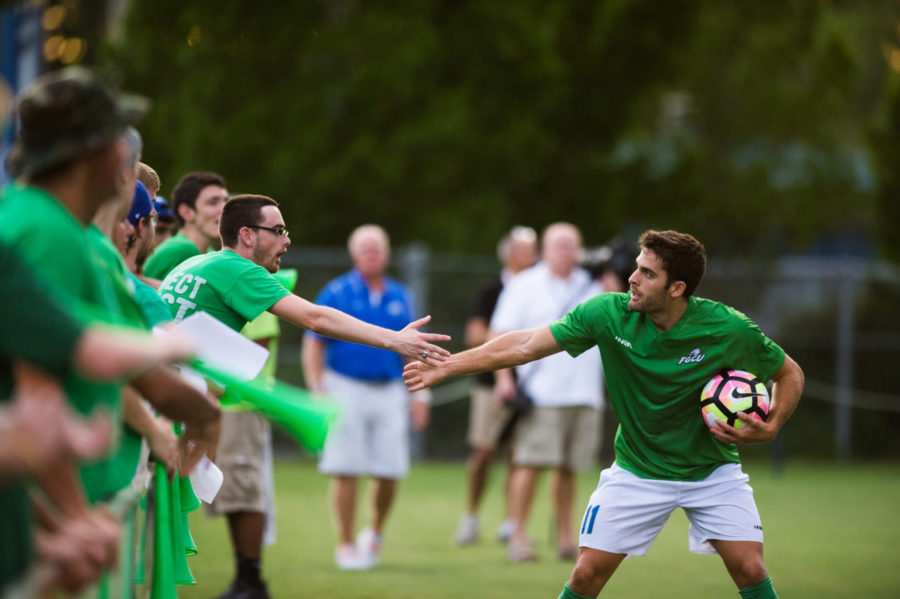 Two days before the Mac Hermann trophy ceremony in St. Louis, Missouri, FGCU forward Albert Ruiz announced on Twitter that he will be returning to FGCU for his senior season.

“I can officially say that I’ll be playing College soccer for one more season,” Ruiz said on Twitter. “One more year to become a better player. Grind Season is here!”

Leading the nation in goals with 22 and finishing 49 points, Ruiz scored more goals than 74 teams and secured more points than 43 teams.

Propelling the Eagles to the second round of the NCAA College Cup for the first time in program history after scoring the last penalty kick to send FGCU past USF. Ruiz scored five goals in four postseason games including a goal against UNC who knocked the Eagles out of the College Cup with a 3-2 overtime victory.

Guiding FGCU to its fourth ASUN Championship title in six seasons, Ruiz propelled the Eagles to a No. 11 national ranking, including a program-best 10 game win streak during being ranked in the top 15.

Under new reigns after program founder Bob Butehorn resigned from his position to accept the head coaching job at USF, Ruiz’s return to a young-but-experienced Eagles side in the beginning of a new era without their program-founding skipper.