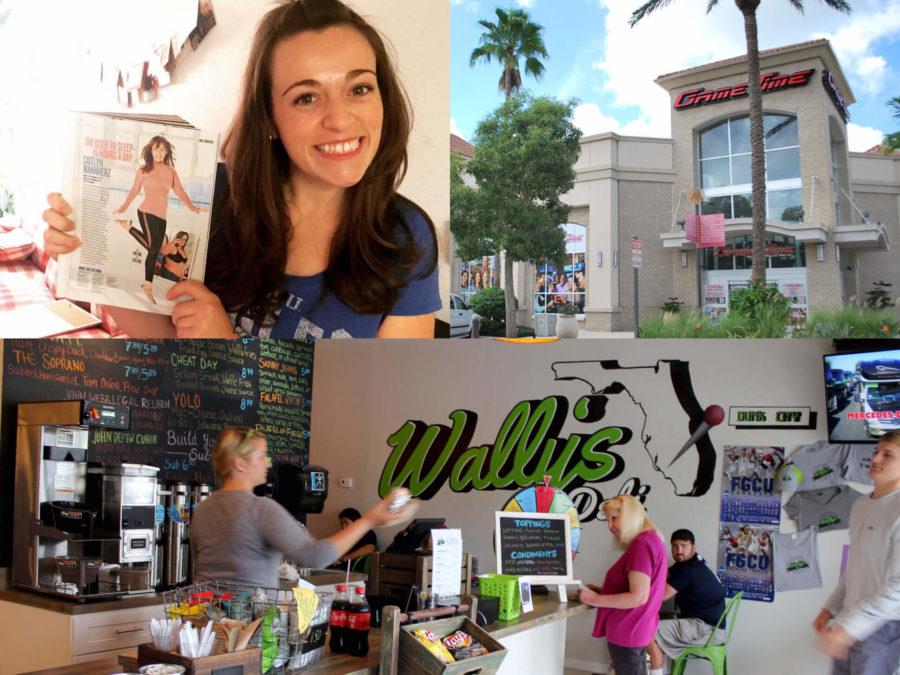 2016 is over, and whether you enjoyed it or not, it was a great year for entertainment.

One of the first things to happen in the year was “Star Wars: The Force Awakens” becoming the highest grossing film in North America. Not only did the space saga soar past the $760.5 million lifetime gross of “Avatar,” the film did it within 20 days.

Leonardo DiCaprio had an amazing year. His movie, “The Revenant” dominated at the Golden Globes, and DiCaprio finally won his Oscar after being nominated five times.

FGCU student Caitlyn Mannherz was featured in People magazine’s “Half their size” issue. After being diagnosed with type 2 diabetes, Mannherz decided it was time to teach herself how to be healthy.

“You have to start to recognize the behaviors that got you to where you are,” Mannherz said, “and then, learn how to change them.”

FGCU alumna Kailah Casillas joined the cast for MTV’s “Real World: Go Big or Go Home.” For the 31st season of “Real World,” MTV added some unexpected twists.  The contestants were given weekly missions that had to be completed, and if they were to fail, that contestant would be sent home.

FGCU student Sarajane Evans opened up a storefront for her business, Sunny & Southern. Sunny & Southern is a monogram store where you can personalize everything from t-shirts to mugs. And, FGCU alumna Elizabeth Gilliard founded her homemade candle business, Lizzie’s Lights. Gilliard has been selling her candles at the FGCU Fresh Market since fall 2015.

Many hot spots opened up near FGCU during 2016. GameTime opened its doors in Gulf Coast Town Center, and the soda-candy shop Rocket Fizz also opened in GCTC.

2016 brought a lot of famous visitors to FGCU. Big Black stopped by to give a lecture on diversity; Chase Rice performed at Nest Fest, and Nick Cannon’s Wild n’ Out made an appearance.

According to NBC News, Facebook spent more than a year studying Facebook actions to determine what other quick little indicators of emotion outside of the Like could be incorporated into the site. Then, on Feb. 24, the reactions were born.

As Facebook soared, Vine announced that it was going to discontinue. Although the six-second app platform has ended, the content will still be live on the web version.

Hollywood suffered a lot of losses during 2016 — from Prince to David Bowie, Harper Lee, Carrie Fisher, Debbie Reynolds, Alan Rickman and many more.

Many shows made a comeback in 2016. Gilmore Girls came back in with four 90-minute episodes in a mini movie format, and “Fuller House,” the spin off of “Full House,” also had a revival. Both streamed on Netflix.

Many artists released albums that left a huge impact in the music entertainment world, such as The Weeknd’s album “Starboy” and Bruno Mars’ funky “24K Magic.” Childish Gambino also took a break from acting in his critically acclaimed show, “Atlanta,” to record “Awaken, My Love!”