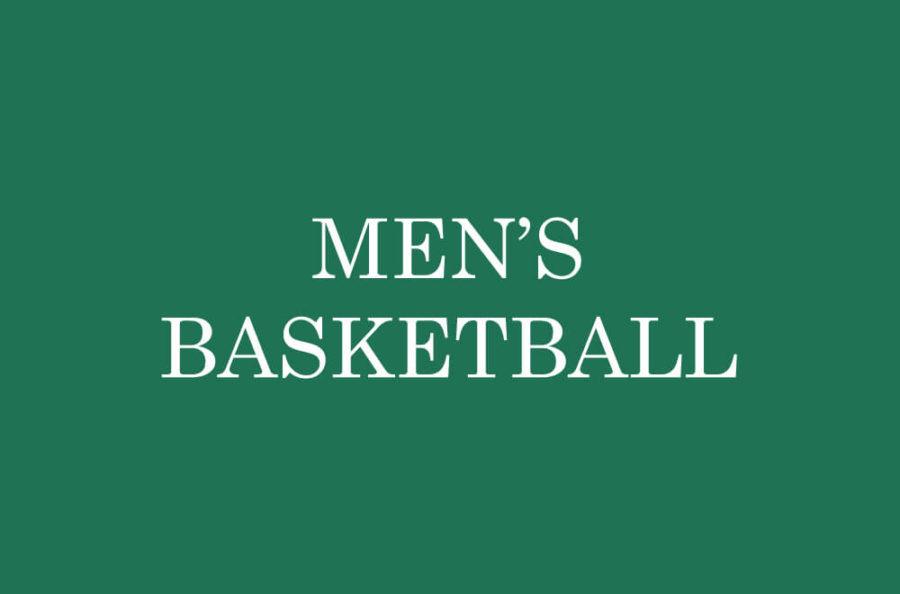 Now halfway through Atlantic Sun Conference play, the Eagles look to stay at the top of the standings with three consecutive games at home. The Eagles are just one game behind of first-place Mercer and will begin their three-game home stretch against Stetson (6-15, 4-5) this Friday.
After winning both of their two-game home stretch last week, the FGCU men’s basketball team left to Georgia for two more games. This past weekend placed the Eagles against top-of-the-A-Sun conference foe Mercer before heading to the bottom-of-theconference foe Kennesaw State.
FGCU entered the game against Mercer with a strong 6-1 record in Atlantic Sun play but couldn’t hold on, dropping their second game 68-55. Despite good performances by Bernard Thompson (21 points, five rebounds) and Chase Fieler (13 points, 10 rebounds), the Eagles weren’t able to top the Bears on the road for the second consecutive year in the regular season. Both teams shot poorly for the most part on the night. Mercer’s 41 percent shooting fueled them to the win compared to the 35 percent put up by FGCU’s seven shooters. Thompson was able to lead the Eagles with his 21 points for the sixth time this season. Nine of the points came from the free throw line as he went 9-10 on the night, making and shooting more free throws than anyone else in the game. Thompson did have a negative side on the night, however, as he went 0 for 6 shooting from beyond the arc.
Fieler and Brett Comer added solid play for the Eagles as well in the game against Mercer. Fieler had his sixth double-double of the season, including his second in a row and third in the last four games. Comer had 10 points, five rebounds, and four assists to move him into 8th place on the A-Sun alltime assist list (529).
FGCU had no help from their bench in the game as they totaled just seven points on the night. Dajuan Graf was able to add five of those points as well as two rebounds and two steals. Filip Cvjeticanin scored the other two bench points for the Eagles. In a game Coach Joe Dooley described as a “character game,” FGCU hustled back after losing just their second game in conference play. The Eagles were able to keep down the Kennesaw State Owls 83-62 and get their seventh Atlantic Sun victory of the year.
“We talked after Thursday’s loss about how today was a character game. If we could play the way we did and how we would respond. I thought the guys did a good job at practice and it carried over,” Dooley said. The Eagles best first half of the season was on display against KSU. They were able to drop 46 points and shoot 62 percent in the first 20 minutes. The team showed more free-throw shooting improvement, 13 for 13 in the second half, six of which were made by Thompson, who had 16 points on the night. FGCU’s 83 points were the second most this year and was due in large part to their usual top performer, Fieler. He dropped 24 points against Kennesaw State including seven rebounds and making all nine free throws. Comer added 15 points and five assists along with three steals on the night.