FGCU provost applies to be the university’s next president 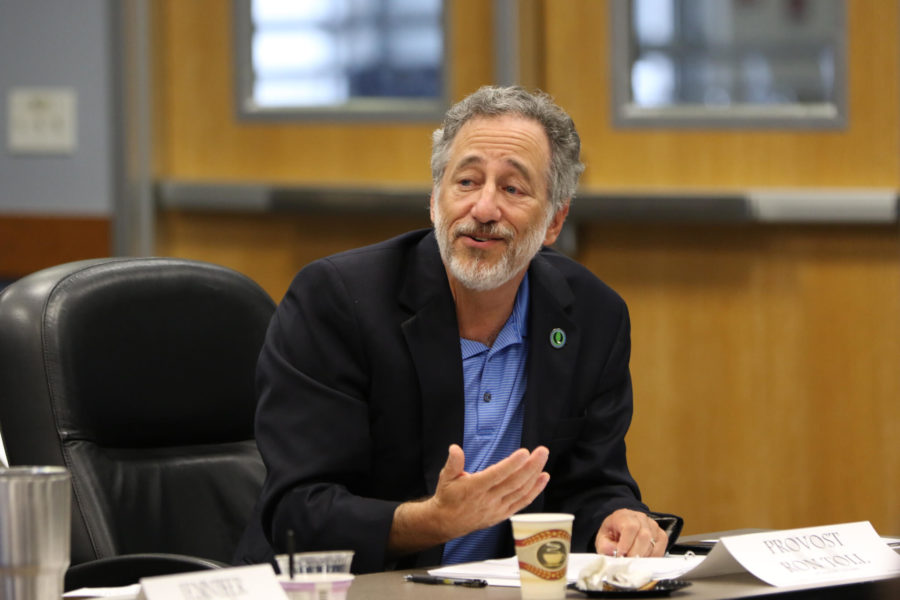 Ron Toll, the provost and vice president for Academic Affairs, has applied to be FGCU’s next president.
According to the presidential search advisory committee’s list of candidates, Toll’s application was added to the website on Wednesday, Jan. 25.
Toll has been the provost and vice president for Academic Affairs since 2008 while also being a marine sciences professor.
According to Naples Daily News, Toll said that people have been asking him to consider applying for the president’s position. He added that he gave the requests lots of consideration and talked it over with his wife.
“I love Florida Gulf Coast University,” Toll told Naples Daily News. “If I can be in a position to assist in terms of helping the university move in the direction that will continue its success in the future, that’s what I would like to do.”
Before FGCU, Toll was the vice president for Academic Affairs and a dean at Lebanon Valley College in Annville, Pennsylvania from 2005 to 2008. From 1999 to 2005, he was a dean at the University of Central Arkansas in Conway, Arkansas. Toll worked at Wesleyan College from 1993 to 1999 in Macon, Georgia as the chair of two departments.
Last year, FGCU began the presidential search process and hoped to have picked a new president by December. From the original 100 candidates that applied, Toll was not included.
The presidential search committee had to extend the search to Jan. 31 after only advancing two candidates when a requirement in the Florida Board of Governors’ regulations states that more than two candidates need to be sent to the final round.
The two candidates were Daniel Heimmermann, the provost and vice president for Academic Affairs at the University of Texas of the Permain Basin, and Ken Harmon, the provost and vice president for Academic Affairs at Kennesaw State University.
As of Thursday, Jan. 26, presidential candidate, Harmon withdrew his application for FGCU president. Harmon shared with the presidential search committee’s executive firm Witt/Kieffer that he has accepted an offer to stay at Kennesaw State University.
On Monday, Feb. 6, the committee is set to pick semifinalists, and then, on Wednesday, Feb. 15, the search committee will be conducting interviews.
The finalists will then participate in campus forums on Feb. 22 and 23. The Board of Trustees will then be picking the next president on Feb. 28.
President Wilson Bradshaw will be stepping down as president this June.