Environmental author coming to FGCU after being disinvited 12 years ago 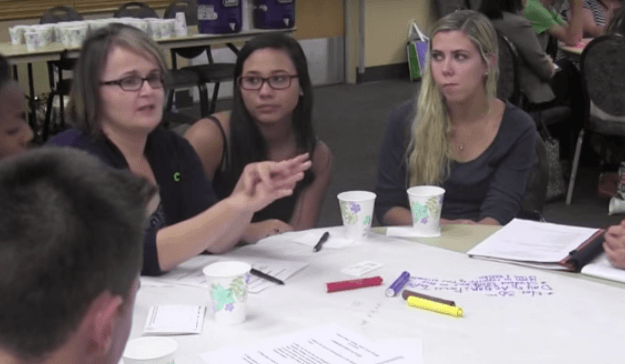 Once again in a tumultuous political climate, environmental author and activist Terry Tempest Williams has been invited to come to FGCU — this time by the university.
Williams came to FGCU in 2004 to give her lecture, “The Open Space of Democracy,” after controversy surrounding her visit.
“Prior to her arrival, either (university) president Merwin or someone on his staff had noted that she was critical of then-president Bush, and so, he was very concerned to have her come to campus right before the election because she was due to come here late October,” said Mary Walch, who works with the Center for Environmental and Sustainability Education on campus. “So, she was invited, and then, she was disinvited.”
Soon after, vice president Dick Cheney spoke at Alico Arena, which Walch called “a little bit ironic.” The difference she said was that Williams’ lecture would have been required as part of the first year experience while outside parties can rent Alico Arena for a fee.
Then-president William Merwin took it a step further by writing an editorial in the Fort Myers News-Press titled “FGCU did everything to work with the author,” which explained his reasoning for disinviting Williams. Walch said, according to the newspaper clipping she’s held onto for the past 12 years, Merwin argued that the university was happy to have her, so long as she didn’t talk politics. When Williams would not agree to the conditions, Merwin disinvited her for being noncompliant.
Interdisciplinary studies professor Brandon Hollingshead, who was an undergraduate student working for the center at the time, went to communication professor Maria Roca upset about the news.
“I told him, ‘Well, we may not be able to bring her here officially because of the complications, but that doesn’t mean the students can’t bring her,’” Roca said. “And, the students got together, and they pulled quite a few student organizations together that came from all kinds of points of view, including the College Republicans and College Democrats. Just this huge collection of organizations came together and said, ‘Let’s bring her here.’”
Because of what the students did, Williams decided to waive her fee, making her lecture truly free to anyone who wanted to attend, and plenty did.
The lecture took place in what is now the Cohen Center ballroom — then, just the largest space of the recently opened student union. Roca estimates at least 500 students were in attendance, as it was standing room only.
At the time, the campus boasted a little more than 3,000 students, meaning the lecture was attended by one-sixth of campus population — equivalent today to nearly 2,500 students or the initial enrollment of the university.
“We were so proud of the students, who wrote editorials and sought funding for her travel,” Walch said.
Roca remembers fondly what she called the healing nature of the lecture, which saw organizations from all backgrounds come together to a finale that had Merwin introduce Williams himself.
“If you had turned the page in her book from the page when she had made the comment about Bush, you would have read, on the next page, she said, I realize I can’t feel this way because, then, I’m part of the problem,” Roca said, “and I need to reach across, what she called, the open space of democracy in order for us to have a real dialogue.”
Since her visit, the university has hosted the Terry Tempest Williams student dialogue every fall, but Williams will be coming to speak for the annual Rachel Carson distinguished lecture.
According to the center’s website, the talk, “The Open Space of Democracy Revisited,” will be directly political.
“Now, with the Trump era before us, Mrs. Williams will speak to the importance of resistance in American civic life as climate change and public lands are under siege by Congress and the fossil fuel industry,” it reads. “Students will be encouraged to think about the history of civil disobedience and direct action in American history and what might be required of us today if we care about climate justice and the protection of America’s public lands.”
The lecture is free and open to the public. It will take place from 10:30 to 11:30 a.m. Thursday, Feb. 2 in Cohen Center room 247.
“We are at a place where people on different sides of the aisle can’t even talk to each other at this point,” Roca said, “so this is a very important time for a talk like this here.”