Friends remember fallen FGCU student who ‘poured heart’ into everything 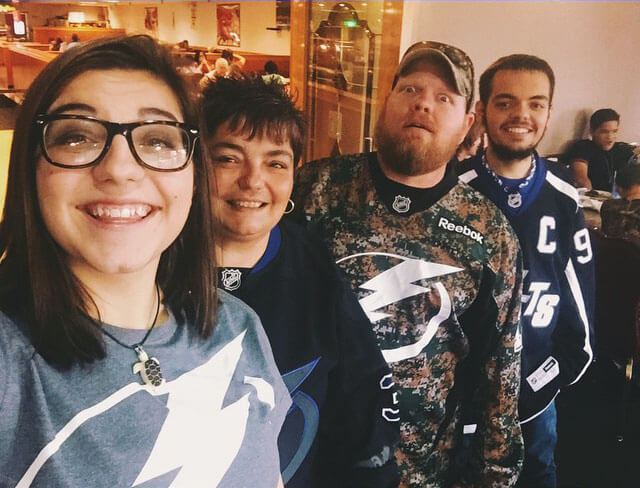 A chain-reaction car crash caused by a tractor-trailer that slammed into still traffic on northbound I-75 involved multiple cars and killed one on Thursday, Jan. 19, according to an article published by the Tampa Bay Times.

FGCU sophomore Nadia Anderson, a native of Spring Hill, FL, was killed in the crash.

Pedro Martinez-Fernandez, 39, was driving in the outside lane when he didn’t stop after approaching the stopped vehicles in front of him. He then slammed into the back of Anderson’s 2006 Saturn, according to the Tampa Bay Times.

The truck then continued to drive across every northbound lane, coming to a stop inside the median. The impact affected three more vehicles.

Anderson died at the scene, according to the Tampa Bay Times.

The individuals in the other vehicles suffered minor to now injuries, and according to the Tampa Bay Times, alcohol wasn’t a factor in the crash.

Sydney Sizemore, a junior at UCF who was close friends with Anderson and attended her service, had been friends with her since her freshman year of high school.

“We were in theatre together and did the school musicals,” Sizemore said. “She loved theatre and was very talented.”

According to Sizemore, Anderson was compassionate and cared about her friends and family deeply.

“Every time I’d leave her house, she’d call me to just make sure I got home OK,” she said. “She put so much passion into everything she did, every audition, every theatre performance.”

Sizemore said that Anderson would “pour her whole heart” into everything she did and she was a great friend to her.

“She would never give up on you unless you really gave her a reason to,” Sizemore said.

Kristen Fairley, another friend of Anderson who attended the service, said that Anderson was “beyond talented.”

“She sang a lot and played her ukulele,” Fairley said.

Fairley said that Anderson was a big fan of Star Wars, the Disney film Big Hero 6 and that “her faith in God was admirable.”

“There are too many to count,” Kerr said.

They loved singing out loud in the car together; after all, music was Anderson’s passion, according to Kerr.

“We would always blast the music and sing our hearts out without a care in the world,” Kerr said.

Kerr’s favorite thing about her cousin was her selflessness.

“She would always go out of her way to make someone else happy,” she said.

For her 21st birthday, Anderson planned a sleepover with her closest friends, Anderson included. When everyone but Anderson ditched Kerr to attend Halloween Horror Nights, Kerr was devastated. Anderson then invited Kerr to her house and threw a party for her last minute.

“She didn’t have to do that, but she went out of her way to make sure I had a good day,” Kerr said. “And, it was honestly the best birthday I’ve ever had.”

Kerr also attended Anderson’s service, which she described as beautiful.

Anderson’s boyfriend put together a slideshow of over 300 pictures, performed her favorite song for her and proposed to her during the service.

“There were close to 400 of her closest family and friends,” she said. “There were people having to stand outside because there were so many people.”

UCF junior Colin Brooks, another friend of Anderson, discussed his favorite aspects of Anderson during the service.

“She always was such a ray of light, and I loved that about her,” Brooks said. “She was always positive and never really talked negatively about anyone, and I admired that about her.”

Brooks’ favorite memory with Anderson were ones from his senior year of high school. After growing closer, Brooks came out as gay to her and their other friends, and Anderson was very accepting.

“I just always remember having the best time with her,” Brooks said.