America’s problems are far deeper than its government 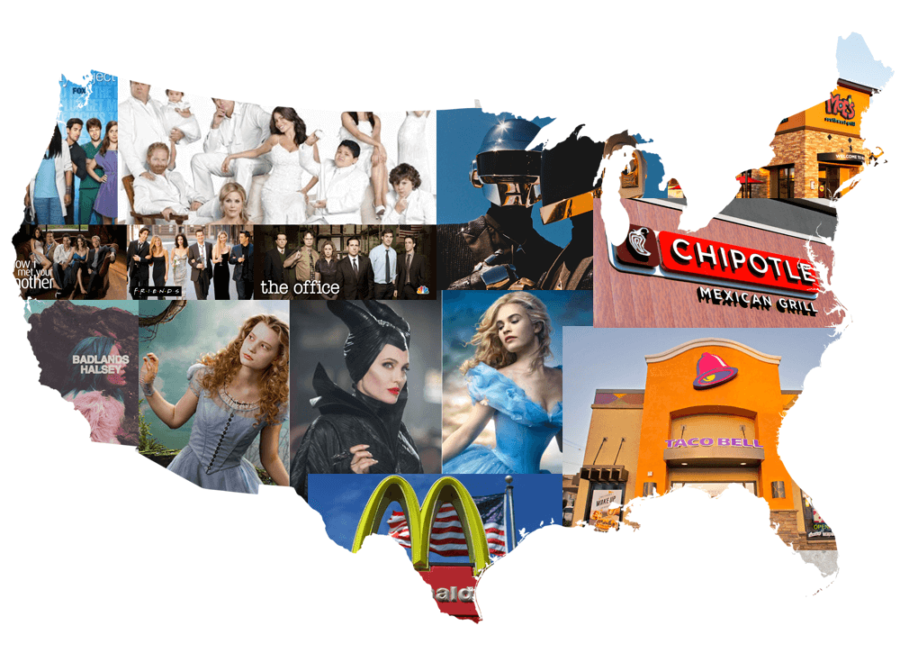 Donald Trump is a genius. Despite how much everyone hates him, he managed to manipulate the electoral system in a way that demonstrates just how smart he is.

If you think the above opinion goes against the grain, you’re not prepared for what I’m about to say.

Americans aren’t very smart. Aside from the average American not knowing details about politics beyond the position of the president, Americans spend billions of dollars on junk food, garbage entertainment and terrible outfits.

Our education system is ranked No. 25 in the world, according to the Program International Student Assessment, and will likely receive no boost from  newly appointed Secretary of Education Betsy DeVos. Maybe the schools have caused the downfall of our society, but a few other factors have contributed as well.

Americans have managed to ruin every major culture’s food through food chains. So-called Mexican restaurants like Chipotle, Moe’s and Taco Bell are not really Mexican. They aren’t even good. The constant fear of another E. coli outbreak combined with the repeated trips to the bathroom proves that much.

When we say Chinese food, what we really mean is Chinese-themed food. Italians would not eat what is served at your local Italian restaurant. Even traditional American food is loaded with calories, fat and carbs. Fast Food Nutrition reports that the average meal of a burger, fries, and soda has 48 grams of fat, and the average American is eating fast food 159 times a year.

Why do we steal food from other cultures? Because American culture sucks. Take, for example, our entertainment. We glorify shows like “Grey’s Anatomy” and that terrible show about the zombie apocalypse. The same repeated plot every episode of every season of every show somehow convinces Americans to come back for more.

We’ve got three “NCIS” shows, four “CSI” shows and five “Law & Order” shows. Then, there’s “The Bachelor”, “The Bachelorette” and “Bachelor in Paradise”. Don’t even get me started on the nine different “Real Housewives” or the countless imitations of “American Idol”.

Then, there are the movies. Whatever DC Comics is trying to do, it’s not working. Marvel movies are flashy with an all-star lineup, but do we really need another superhero movie? PG-13 comedies have gotten so vulgar that the average 13-year-old knows more profanity than was even around 50 years ago.

Everything’s a sequel these days. No one is coming up with new content anymore. I love Star Wars as much as the next guy, but Episode VII was just a repeat of Episode VI, which was already a repeat of Episode IV. Speaking of Disney movies, the company has found a way to profit off of redoing all the old fairytales without animated characters.

The most American media of all has always been the music. From jazz to rock and roll to hip-hop, the world could always count on America to produce great music. Until now.

Current American music needs to take a step back by about 30 years. Every 15-year-old with a laptop is a DJ these days, producing some kind of electronic alien communication. Pop music has exchanged lyrics for catchy beats.

Hip-hop has abandoned its original purpose. Rap used to stand for rhythm and poetry; nowadays, mainstream rap is just whining gibberish. We must protect Chance the Rapper from going mainstream at all costs, but they all sellout eventually.

American celebrities seem to get more famous the more they sit around doing nothing. The Kardashians have no talent whatsoever, yet they somehow have an enormous following. Everyone would much rather read Kanye’s Twitter rants than do something useful with their time. I don’t want to hear another word about what Justin Bieber, Taylor Swift and Kanye West said on social media.

Twitter and other social media outlets have made every Facebook user a social activist. This would be okay if any of them ever took the time to read beyond the headlines or fact check anything. Tumblr is the guiltiest of all and has allowed teenagers to be brainwashed by stories that don’t have a shred of credibility.

The average young adult believes whatever is trending on Twitter these days. That’s the scariest part. In a country full of such educated people, Americans aren’t very smart. Think of how unintelligent the average American is. Now, realize that half of the population is even worse.