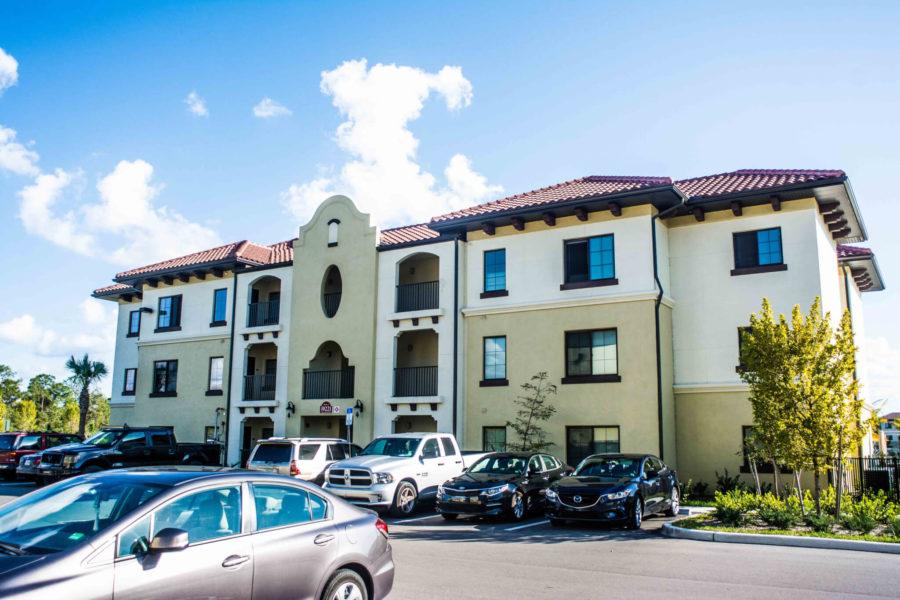 Several apartment buildings at The Reef, Estero’s newest student housing complex, are currently infested with mold. The fungus was found on student’s drawers, walls and their personal belongings.

After reaching out to Meisha Nelson, the assistant general manager of The Reef, and not getting a response, an Eagle News reporter was contacted by Mark Evans, who handles public relations for The Reef.

Evans, who works for Threshold Agency — a residential marketing company that works closely with Asset Campus Housing, The Reef’s parent company – said in an email on Wednesday, Feb. 8 that the situation “is not something we are taking lightly.”

“As soon as we were made aware of the situation, the property’s maintenance team checked out the affected units,” Evans said in the email.

Several students began to notice mold growing in their apartments as early as December 2016.

After back and forth between herself and The Reef’s front desk, sophomore communication major Gabby Pullano was notified that Wet House Dry Out Inc., an outside cleaning company based in Cape Coral, would be sent to wipe down the mold found in her room.

In an email, Evans said that The Reef has hired engineers to identify the cause of the mold problem.

“As a precaution, we have personnel evaluating the entire property to make sure similar issues do not exist elsewhere,” Evans said in the email.

Sophomore business management major Alex Ciatti, who found mold in her bathroom, her closet, her personal belongings and on her walls, hasn’t noticed any “personnel” inspecting The Reef other than a man who came into her apartment and conducted an air test on Thursday, Feb. 9.

Evans also stated in the email that they are “working with affected residents to provide them with alternative accommodations until they can return to their units.”

Ciatti had to move out of her apartment and into the Hilton Garden Inn for a week, from Monday, Jan. 30 to Monday, Feb. 6, due to the excessive amount of mold in her apartment. Ciatti had to pay the hotel expenses up front herself and was later reimbursed on the week of Feb. 6.

Ciatti’s room was torn apart following her move to the hotel. Her carpet was later replaced; however, she still doesn’t have a vanity in her bathroom.

“There has been no communication on when I am getting one,” Ciatti said.

In the email, Evans stressed the importance of the health and well being of The Reef’s residents.

“We are acting promptly and decisively to bring in the experts to address this matter and to fully evaluate the property to make sure all of our residents can enjoy their homes without worry,” Evans said.

For more information about mold at The Reef, read Eagle News’ previous story.