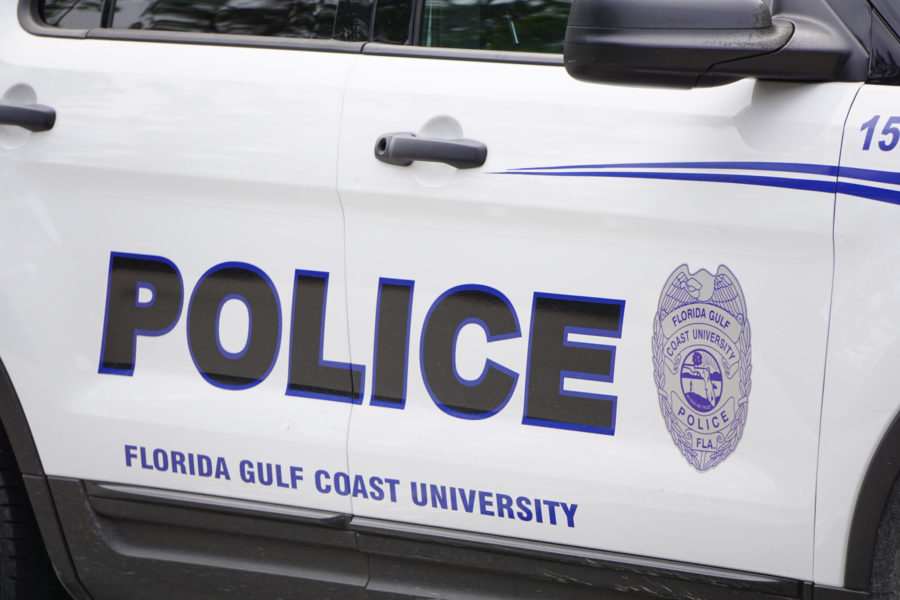 FGCU students Jordan Burkes and basketball player Courtney “C.J.” Williamsonbey were arrested and charged with one count of burglary of conveyance and one count of grand theft on Thursday, Feb. 9 in connection to the Garage B burglaries that were reported on Feb. 2.

According to the arrest report released on Saturday, Feb. 11, Burkes and Williamsonbey were seen on surveillance cameras walking around the second floor of Garage B on Jan. 31 at approximately 2:45 p.m. The two were seen walking in between cars, pulling on the handles to check for unlocked doors.

At approximately 2:56 p.m., Burkes opened the front driver’s side door of the victim’s car, which he entered for a short time.

The report states Burkes and Williamsonbey walked away with a yellow metal neck chain with a J-shaped charm with a single stone inserted in the letter. According to the victim, the charm and chain are 24-karat gold,  and the stone is a diamond, valued at $2,000.

The victim stated in the report other items that were taken were a Garmin Portable Global Positioning System (GPS),  value and model are unknown; a metal neck chain with a Libra zodiac sign charm, valued at $40; and a Vans jacket, valued at $50.

However, according to the police, the two men state that the Libra zodiac sign charm necklace was the only thing they took from the car.

UPD Chief Steven Moore sent an email to students, faculty and staff on Thursday, Feb. 2 regarding the auto burglary, including photos of the two suspects. Several anonymous tips came in identifying the two men in the pictures, according to the report.

On that same day, Detective Joseph Anderson from UPD was notified that Williamsonbey, a Texas Tech transfer, wished to speak with him. In a digitally recorded audio statement, Williamsonbey admitted that he and Burkes were the two males from the auto burglary. He then went on to identify himself and Burkes in the still photos.

Director of Athletics Communication, Jason MacBain, stated in an email that, on Feb. 2 at 6 p.m., he sent out an email explaining that Williamsonbey had been indefinitely suspended from the FGCU men’s basketball team.

“That action was taken by head coach Joe Dooley immediately after learning that C.J. (Williamsonbey) was a suspect in the burglaries,” MacBain said.

Burkes and Williamsonbey met with Anderson again on Monday, Feb. 6 to turn over the necklace they stole, which was later confirmed to be the victim’s necklace.

Moore sent out an email to students, faculty and staff on Feb. 10 stating that “some of the stolen property was recovered and the subjects were arrested.”

Williamsonbey was released on bond on Feb. 10 while Burkes is still in custody at the time of publication.

The two men are scheduled for trial on March 15.