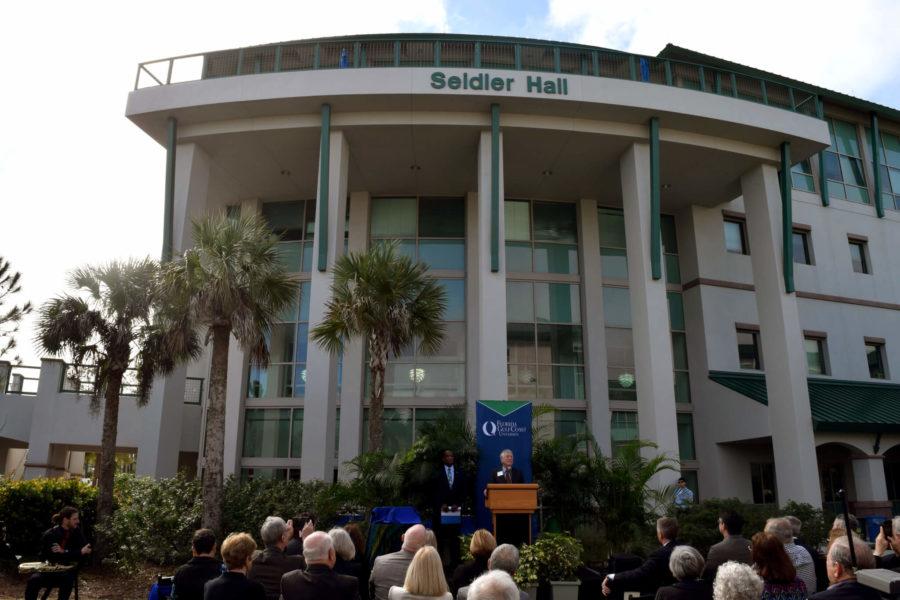 For the Department of Language and Literature, bringing liberal arts education to FGCU’s campus and preparing students to be global citizens of the world is their mission.

The Department of Language and Literature has been organizing film festivals for the past six years. This year, it’s announced the first Seidler International Film Festival.

“Organizing film festivals screening movies in French, Spanish and German takes learning out of the classroom and thus encourages intercultural knowledge through experiential learning,” said Delphine Gras, of FGCU’s Department of Language and Literature. “A free event open to all, this event also seeks to foster global learning communities in Southwest Florida, and we have been lucky each year to welcome FGCU students, staff and faculty as well as participants from the area.”

Through the Seidler Fund, the department is able to create a film festival that is intentionally international. Gras said this is in order to enhance students’ cultural knowledge.

“All the movies will be in their original version with subtitles, allowing students to get a taste for languages other than English,” Gras said. “Students can expect a wide range of topics — from immigration, racism and homophobia to personal growth and education.”

The festival, which the department hopes will become annual, began on Feb. 6 and will continue until March 1. Movies will be showing in the Sugden Welcome Center Theater every Monday and Wednesday throughout the month of February.

In order to bring in as much culture as possible, all of the movies will be shown in their original language with subtitles.

“This is an event designed to impact both students and the community as a whole,” Gras said. “Now, more than ever, events like the Seidler International Film Festival bring us together to celebrate our differences.”